With nurseries having their fall sales, last week I decided it was high time for a visit to Dancing Oaks Nursery. Given that it is at most a half hour drive, I don't know why I don't go more often. So I made up for lost time. After my first visit I went again a few days later with my friend Heather from Eugene. I took more photos on the first visit because the weather was better that day.

If you've been to Dancing Oaks you know that the final stretch is a two-mile gravel drive across a field, up and over a ridge, down into a valley and a sharp left to the gate. Along the way, I stopped to take photos of these vultures guarding the fields. Such fascinating and creepy birds. 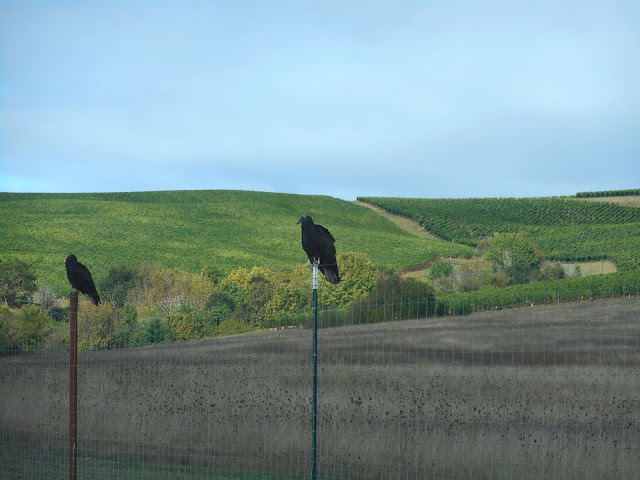 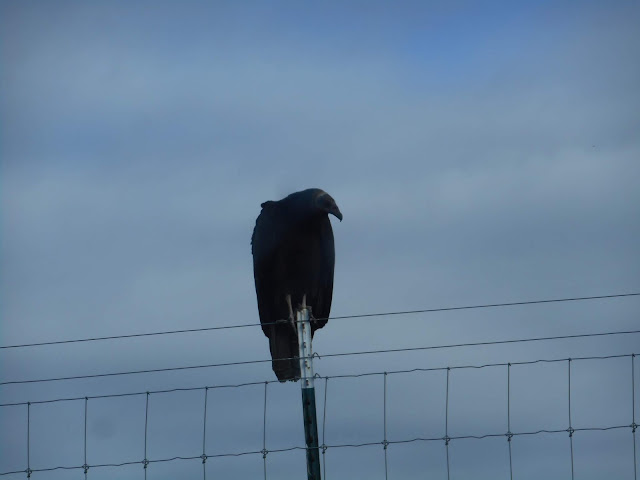 After scrolling through the website, I had a list of plants I wanted to purchase. But I also wanted to   take a quick stroll through the gardens. I didn't get nearly enough photos.

After several fails, I've decided I need to try one more time to grow Plume Poppy. Here are photos of the large and glorious stand in the garden. 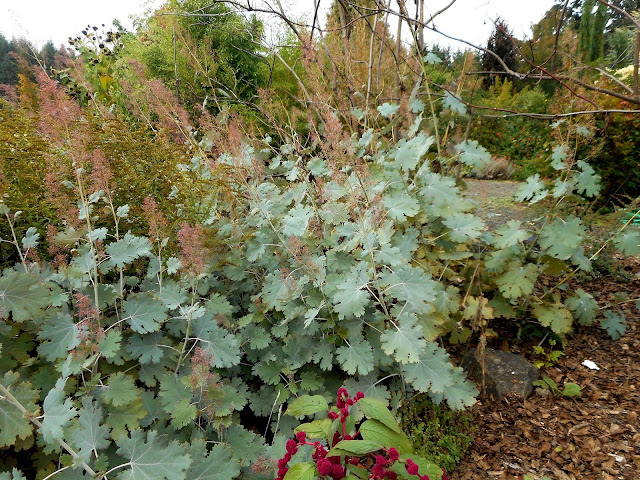 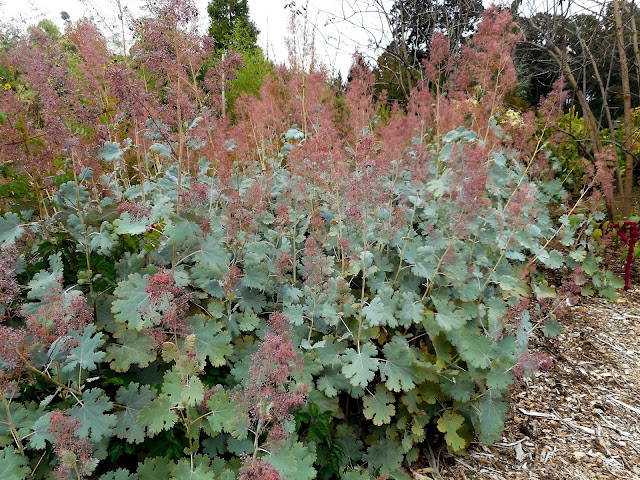 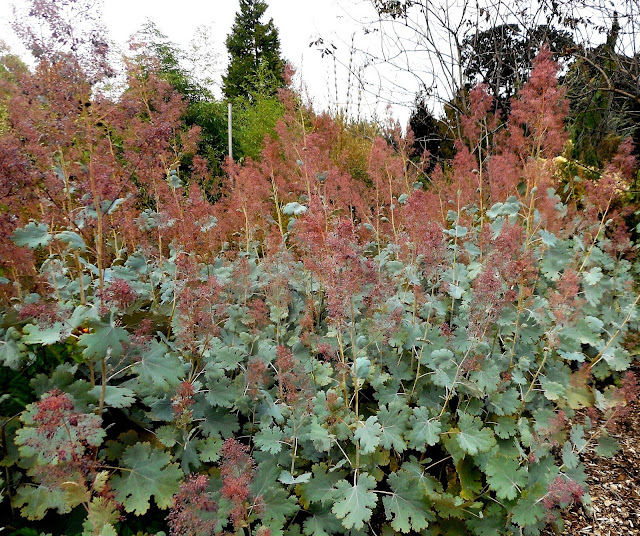 I admit I went a little overboard with photos. I just love these uniquely shaped gray-blue leaves. 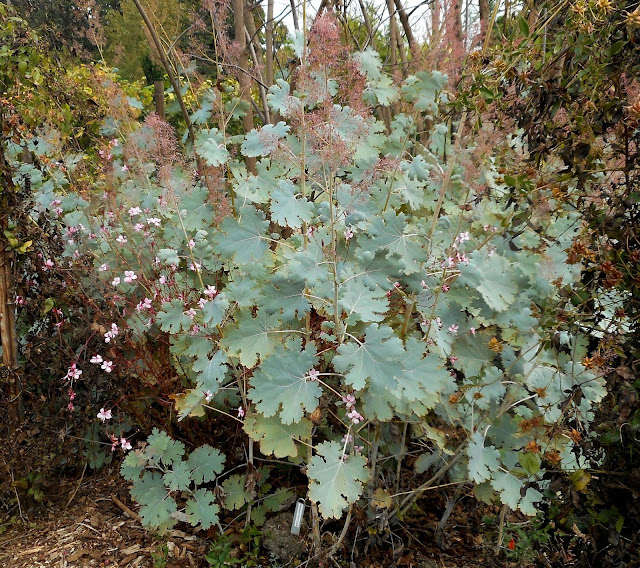 I should also find a spot for Four O'Clocks again. I love these cheery flowers. 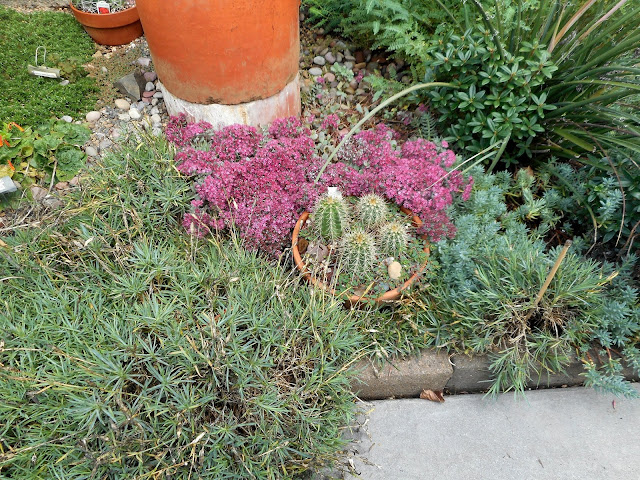 I bought one of the 4 inch pots of Bergenia ciliata. Check out the mature specimen! We're talking big leaves here. 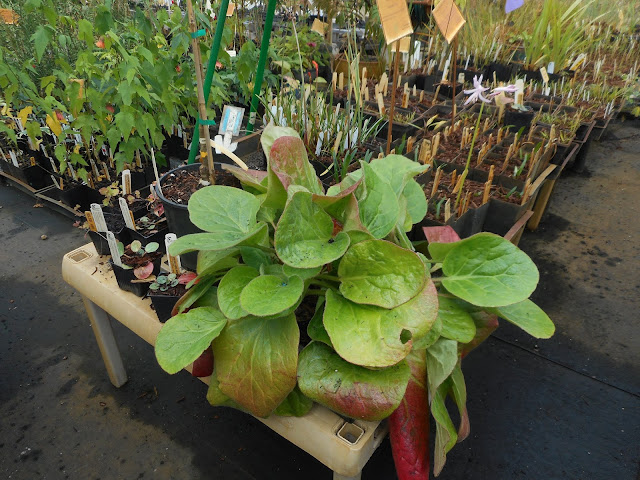 At home, here is my loot.


After Dancing Oaks, Heather and I decided to drive the short distance to Dallas to see what Daryll's Nursery had in stock. It had been a few years since I'd been there. I was pleasantly surprised with how fun it was, despite the stupid rain. 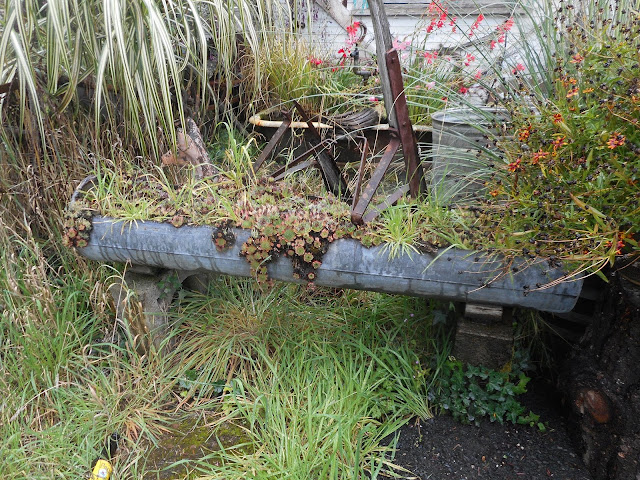 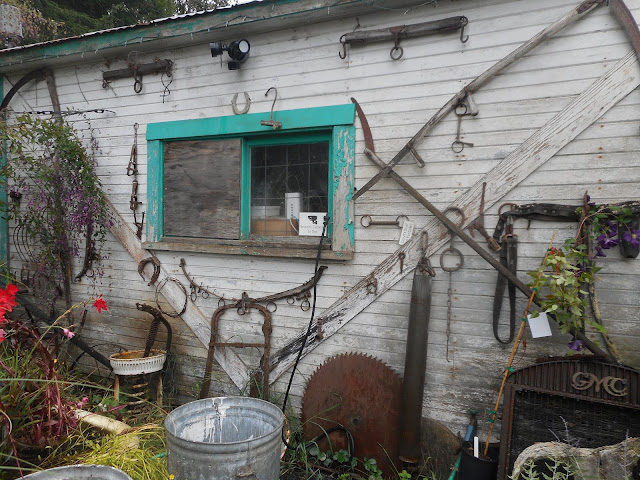 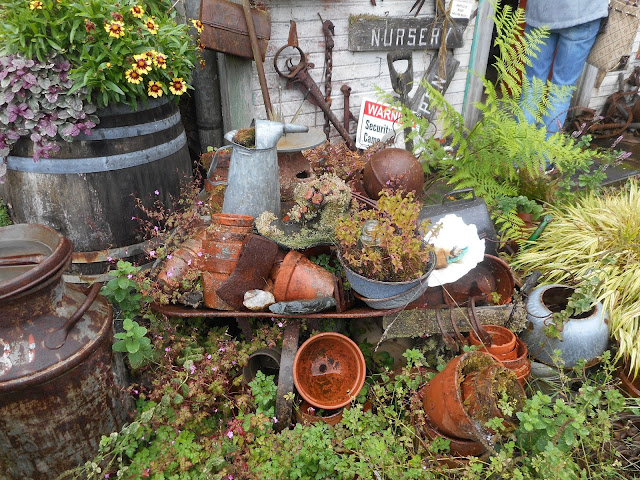 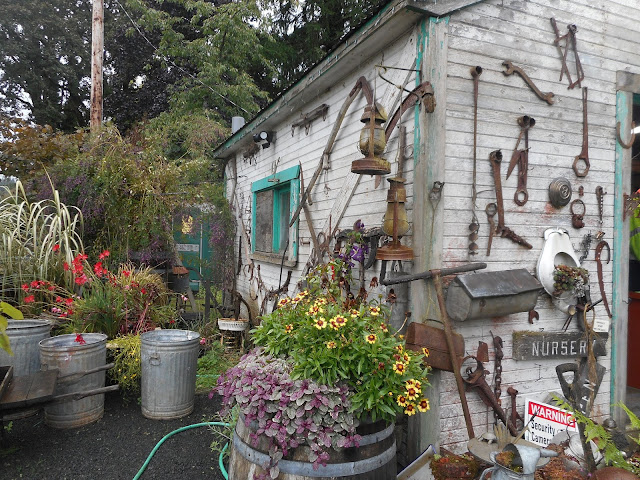 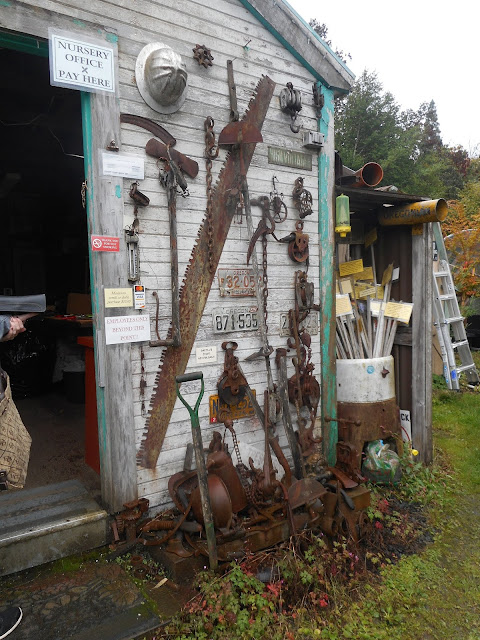 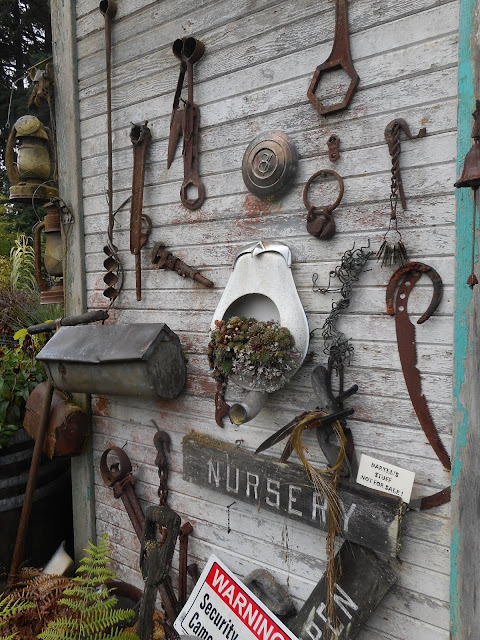 So, here is what I bought on my second trip to Dancing Oaks and to Daryll's Nursery.


One last nursery, Garland Nursery on a recent visit. I was inspired by these container plantings: 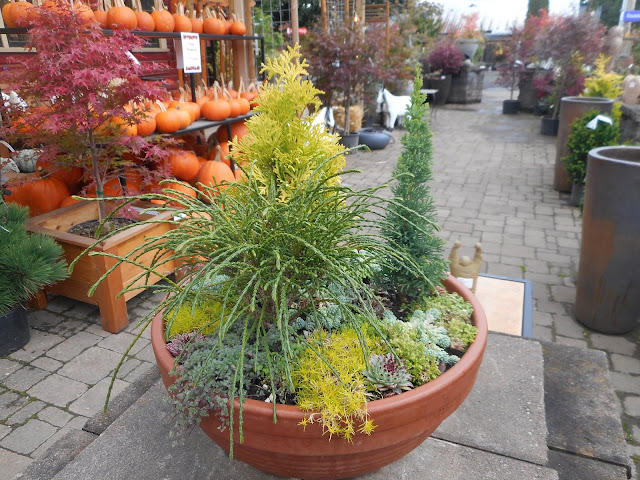 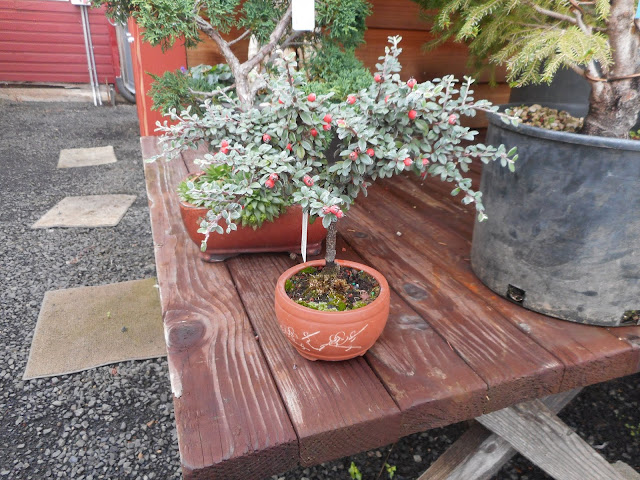 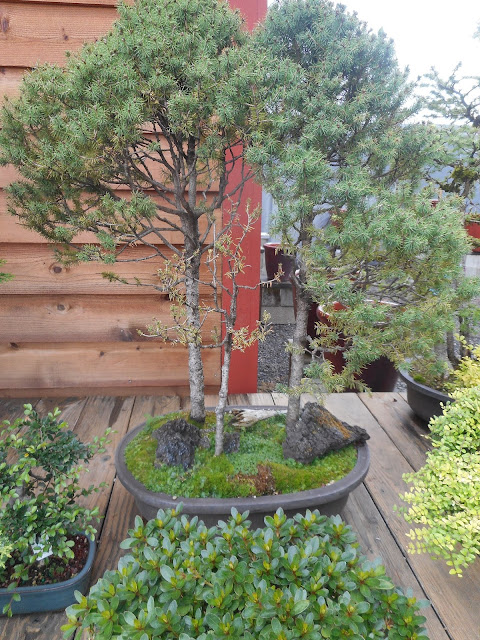 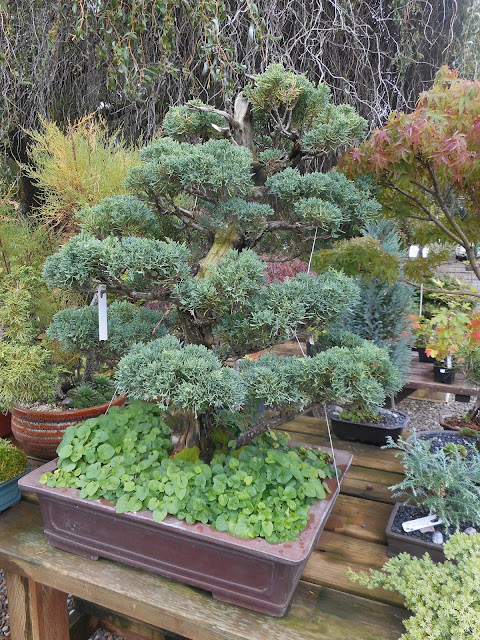 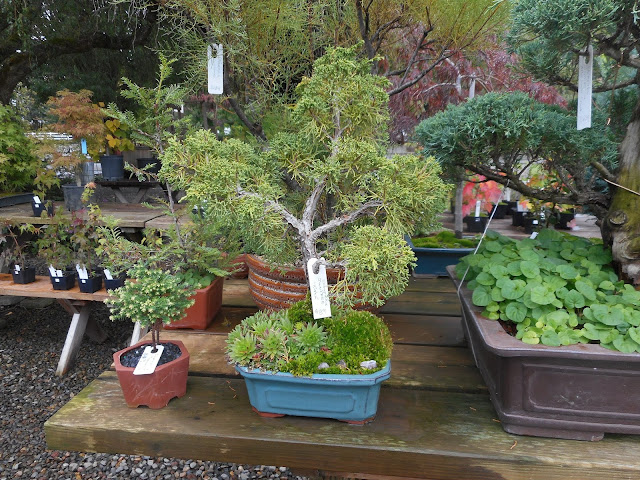 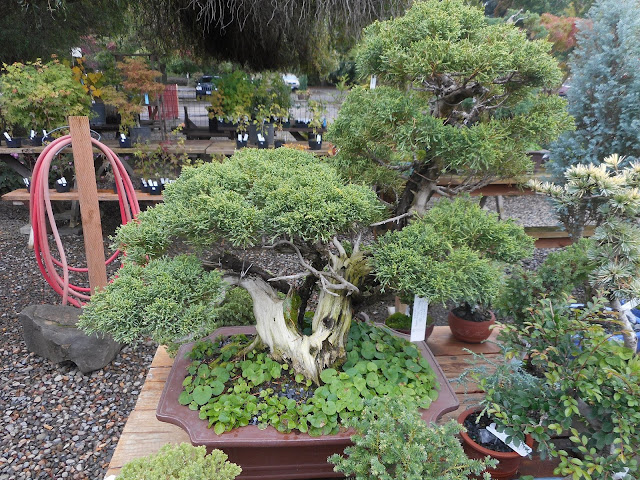 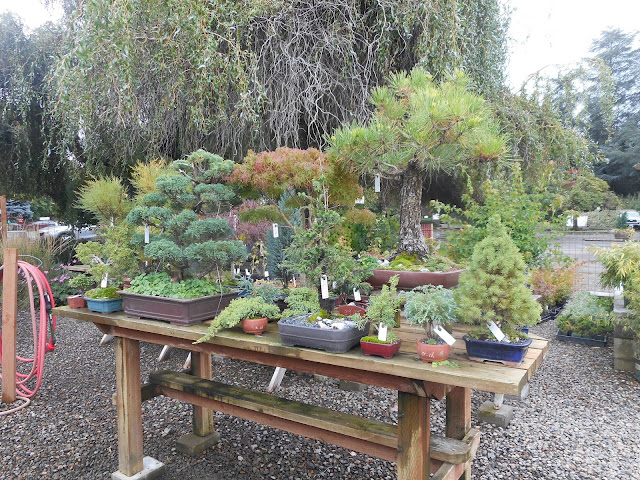 Finally in the shade house, one, just one. But it was a beauty. At $45, I didn't buy it but it was tempting.

I didn't see the Dancing Oaks' felines. They were probably hiding from the rain. But I got a quick glimpse of Fanta at Garland. Not a very good photo though. Her ears are normal.

Next time, I'll be back to garden photos. I've been working on a muddy case of musical plants and having a blast. No frost yet so there are still a lot of flowers.