This week's pick is the Western Sword Fern. If you live here in western Oregon or anywhere along the northwestern shores of the continent, I'm sure you're familiar with this native fern. It's a common thing indeed, carpeting forest floors and shady roadsides. I've always loved it so when we moved here back in 1997, I made sure to bring along several clumps from our previous home which, conveniently was in a forest. 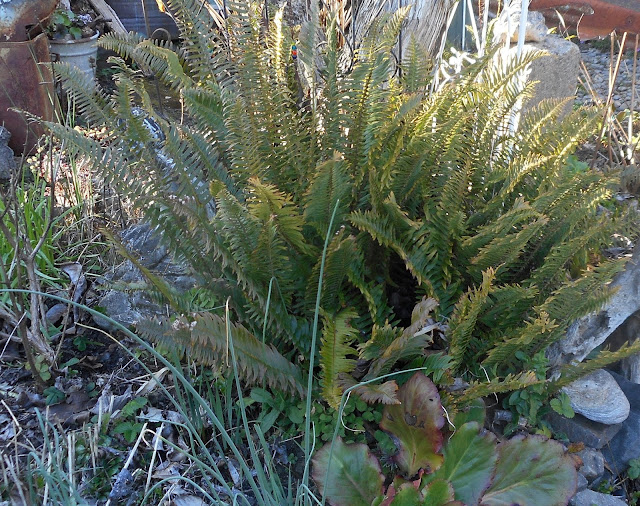 Those original ferns have grown and made lots of baby ferns and now I have more than I need or want but I'd rather have too many than not enough. I mean, who can kill a cute little baby fern like this? 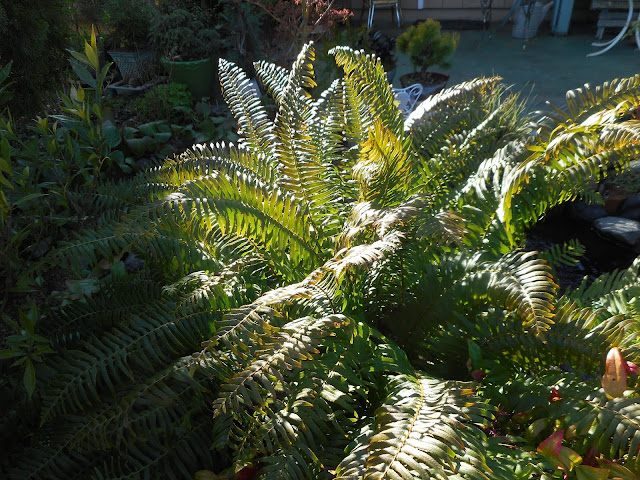 These ferns love to assign themselves as under-story plants on the ground or in containers and on rocks and between pavers, basically anywhere that is moist and shady. 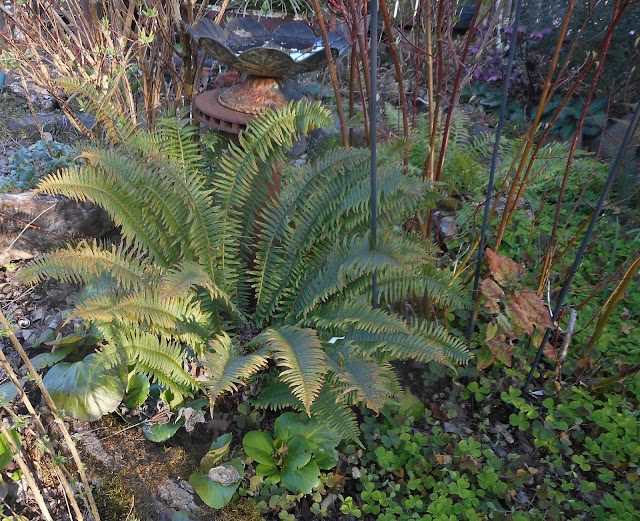 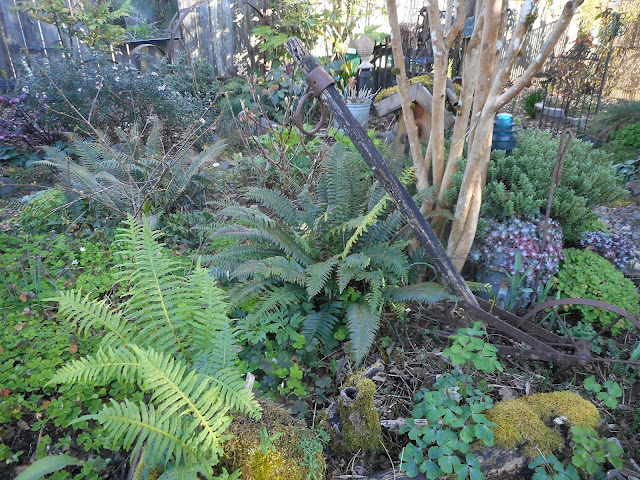 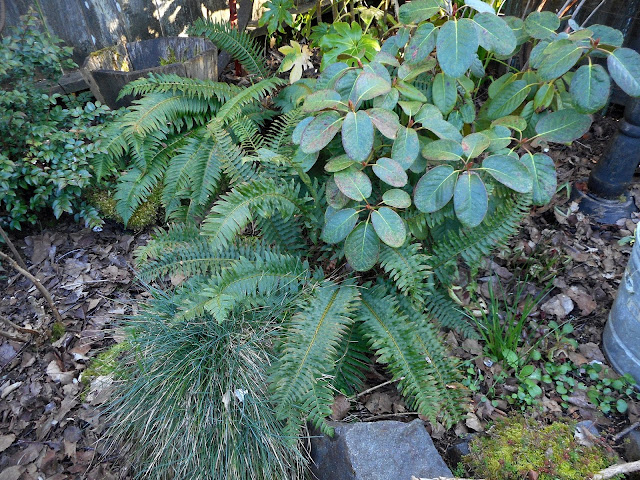 The reason I chose the Western Sword Fern this week is because mid-March is the time to cut off the old growth fronds. I've found that removing them before the new ones unfurl is much easier than waiting and having to be super careful not to cut off the new growth.


If you look in the center of the fern, the new furry fronds are about to unfurl. 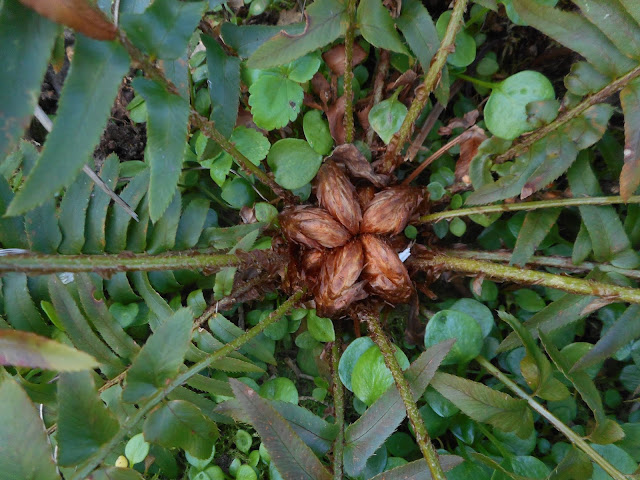 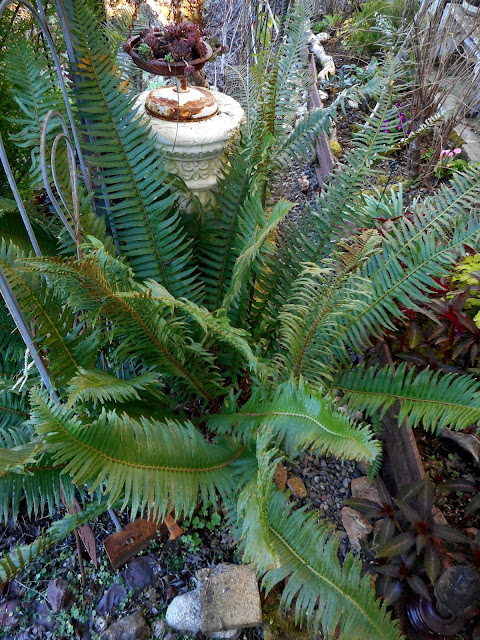 Other than cutting back the old fronds, this fern has no other needs and is probably the most carefree plant you can grow. Planted in full to part shade, with moisture until established, there is nothing else to do except stand back and admire.

And while you're fussing over the more fussy plants in the garden, the Western Sword Fern will just sit there with its unobtrusive beauty, complementing its neighbors. 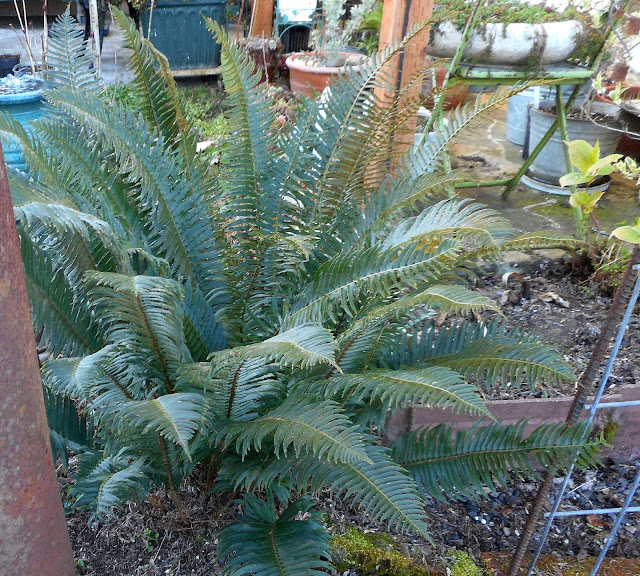 Are you growing the Western Sword Fern?