The Middle of August

I guess it's time for another post. Sheesh. It's been almost a week. The time just flies by anymore, doesn't it? We've continued to have superb summer weather here in western Oregon. I think it's hit 90 degrees twice all summer, here in my neck of the woods; even cooler up north in Portland and in Washington. You got to love that.

I took a few photos yesterday and this morning that I thought I'd boast about for a minute, if you'll indulge me. 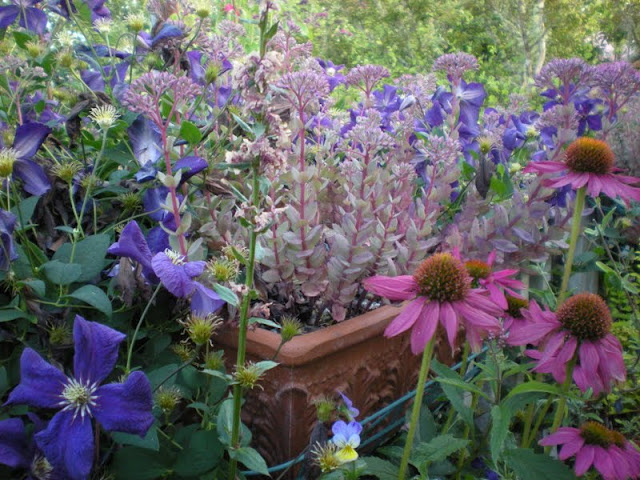 My Clemmy 'Polish Spirit' is more purple than is depicted in this rather blue rendition. Funny, two years ago, I dug this plant up and moved it to the other side of the garden but apparently there was just enough root left behind and now this one is just as big as the moved one. Anyway, it has tangling itself around my deck railing and into containers and a nearby rosebush and Rose of Sharon and... you get the idea. 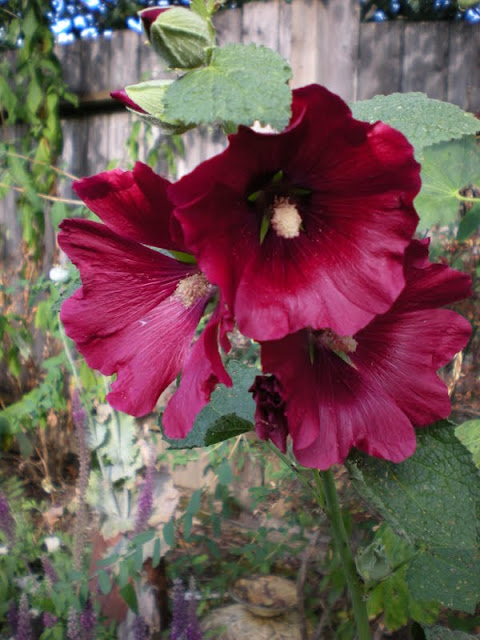 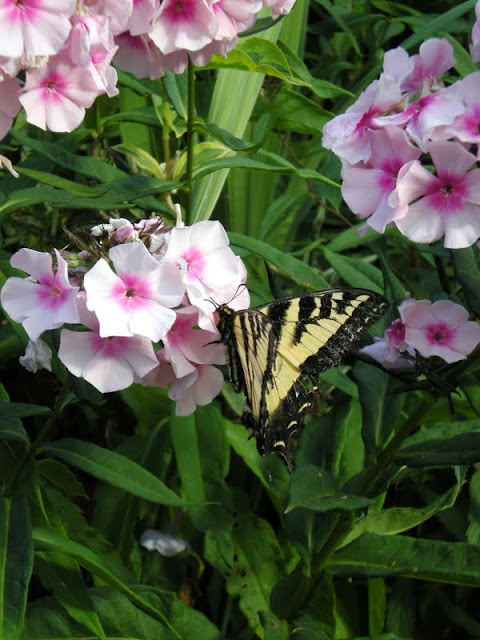 Now I've seen some of your butterfly photographs so I know my photo is far from being award-worthy but I thought I'd post it anyway. You see it's a miracle I got it at all, considering my impatience coupled with the fact that there are so few butterflies in my neck of the woods to begin with. Well, when I saw this guy and just happened to have my camera, I homed in on it and voila. It's a miracle especially since the little guy kept flapping his wings like he was on a serious sap-gathering mission, which I'm sure he was and wasn't at all interested in modeling or becoming famous. 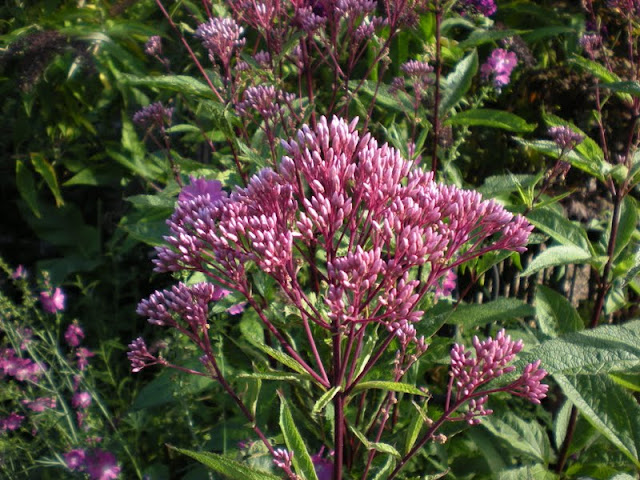 It's time for one of my favorite plants to strut his stuff. Say hello to Joe...Pye that is. 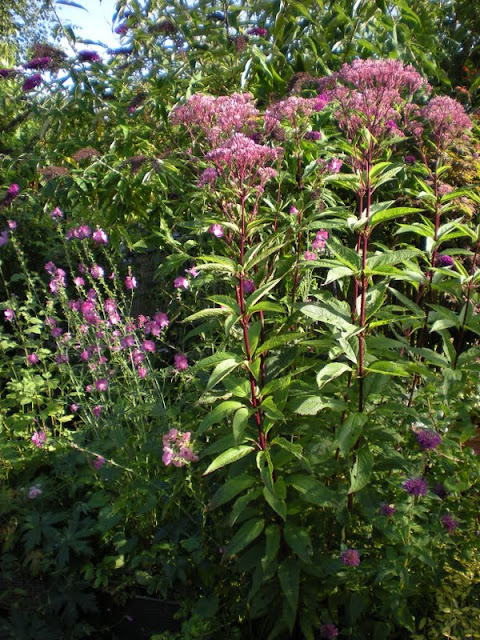 I'm laughing because this is supposed to be the cultivar, 'LITTLE Joe' but, somebody forgot to tell him. 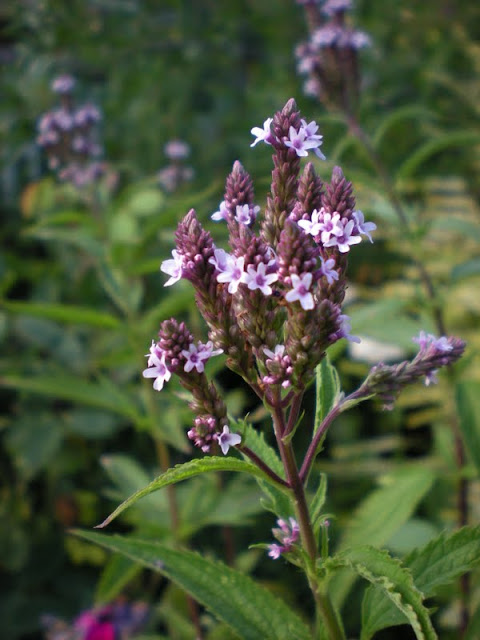 This is Verbena hastata a less-popular cousin of the famed Verbena bonariensis or "Verbena-on-a-stick." 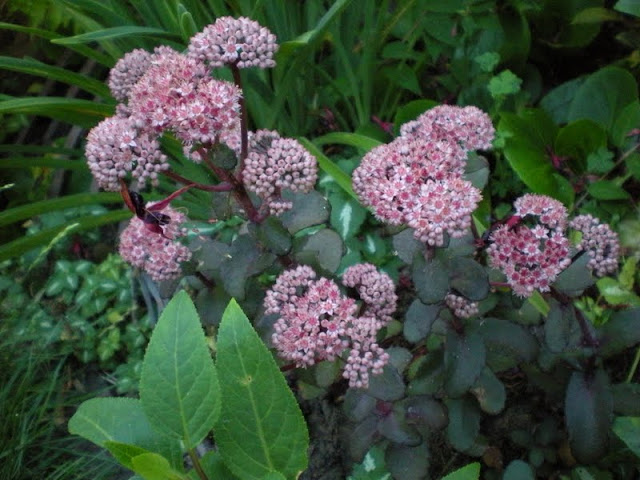 Mid-August is also time for the Sedums to start blushing.  I've got bunches of them but I don't know all of their names because I mix them up and move them and forget who I put where. 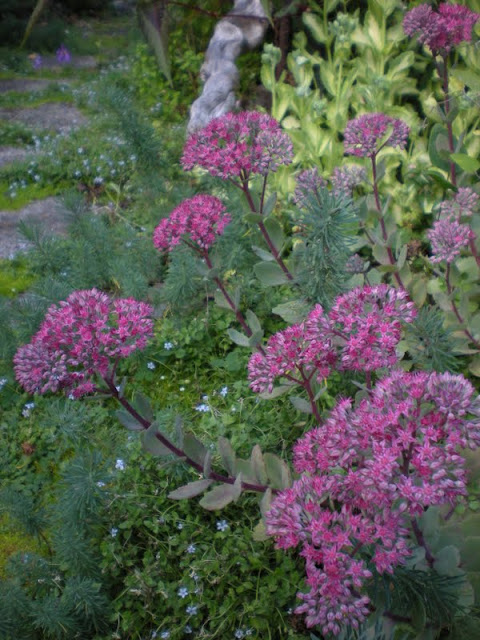 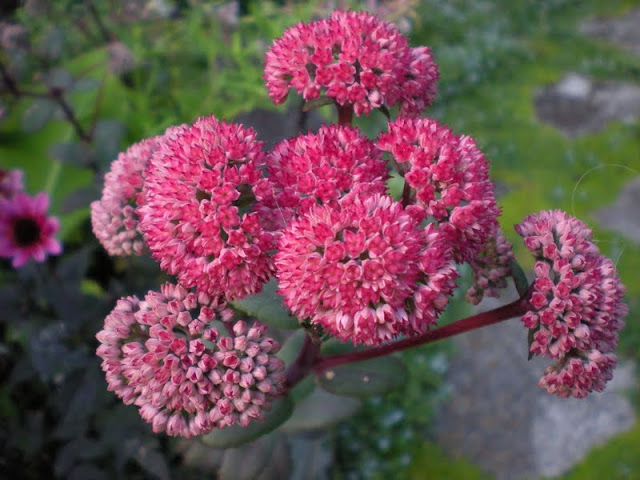 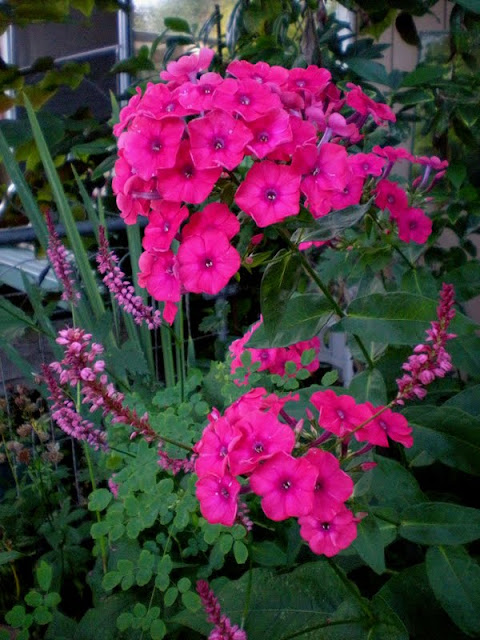 My Phlox paniculata are happy. This one is 'Starfire.' I like it juxtaposed with the spiky Persicaria 'Firetail' and foliage from Thalictrum delaveyi. 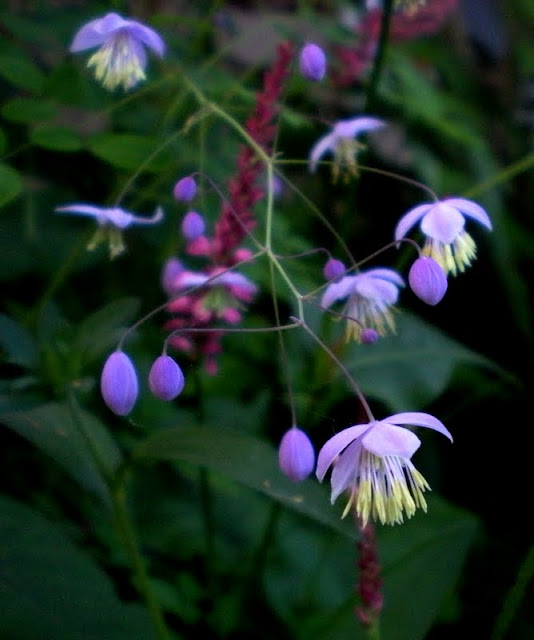 And speaking of which, this is my Thalictrum d. in flower. Such a sweet little thang... 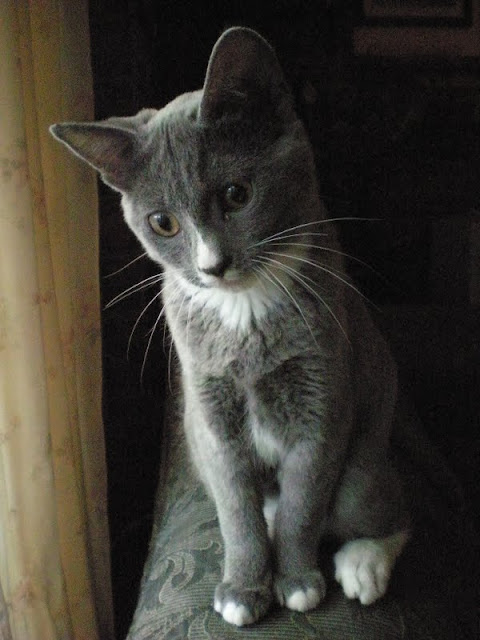 And speaking of sweet little thangs, here is my youngest daughter's kitten who came to visit us last weekend. Don't you just love kittens?

By the way, if you're interested you can see a short, YouTube promo video for the book, The Moment I Knew, of which I am proud to say I'm a part of, due out on August 26th. (See sidebar for more information.)