If YOU'VE WATCHED THE NEWS the last few days, you know that the western half of the U. S. is in the throes of a monstrous heatwave. It's a little cooler right now because it's 9:30 at night.

Are you one of those gardeners who likes to try at least one (or ten) new plants each year? What am I saying? Of course you are. It's one of the highlights of gardening, right? Anyway, one of this year's newbies for me actually began when I saw it in bloom at a nursery a few years ago. It wasn't for sale, just off in one corner looking pretty. I didn't give it much thought at first but you know how something just plants (pun intended) itself in your head and won't leave? Well this, my friends is what Impatiens glandulifera did for me. It's a rare plant, at least in my world and I wasn't even sure what it was called so how was I to investigate? But then last summer while I was at a park in Salem I spotted it growing!

I collected seed and tossed it in my purse and hoped I could get it to germinate. Meanwhile my four-hundred or so Impatiens balfouri plants continued to scatter their seed all over the garden. Nice, but you know how it is when you want what you don't have. Human nature is such a silly thing.

And I continued my infatuation with this lovely specimen from Fry Road Nursery.

In April it became apparent that my collected seed was not going to germinate so I got on the horn which is code for Internet and started searching for seed, eventually finding a source and buying and waiting. Three packets of trial and error has netted me a total of seven plants. And below is a photo of the first bud just about to burst.

Impatiens glandulifera can get quite tall, up to six and a half feet. I like tall plants. And now that the weather has warmed (understatement) the plants are growing at least a few inches every day. Below are a two photos. 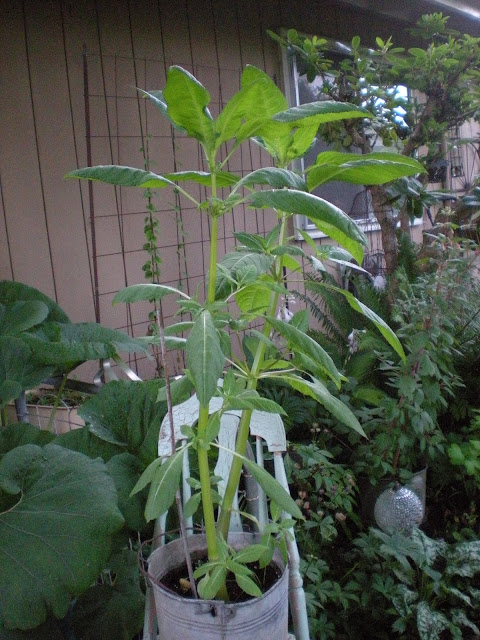 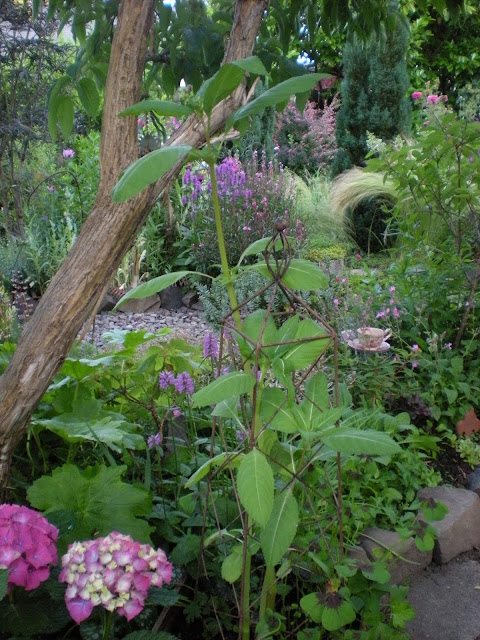 There are naysayers out there who will probably scorn me for growing species Impatiens because "it's a noxious weed" but that's a bunch of hooey. I'm too anal and OCD to let plants get the upper hand in my garden. And besides, plants that I really, really like don't grow like gang busters. They die. Or they die off. I grow Lythrum (Purple Loosestrife) and Buddleia (Butterfly Bush) but they aren't escaping all over the place. But my neighbor's bamboo has no problem crossing into my garden. Okay I'm stepping down from my soapbox now.  I just wanted to share my exciting Impatiens news.


In the foliage department, check out the leaves on my Artichoke plant. 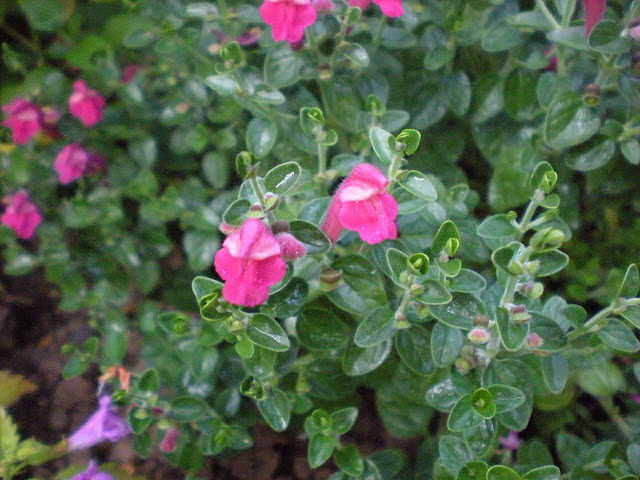 Finally I thought I'd share a photo of a visitor to the neighborhood. I photographed he and his brother from my car as I got home from work one evening. Fortunately they can't venture into my backyard.

If you feel so inclined please visit my Pinterest page for lots of cool photos of species Impatiens. You might get hooked too. Then we really will have a noxious weed on our hands. But at least it will be pretty.

Stay cool everybody. Love to you all,