It's the Little Things

Here it is, early March and it's snowing--again--today. It isn't cold enough to stick but the blustery winds have made any kind of outdoor activity unpleasant. I got a few things done before giving up and retreating indoors.

On Friday afternoon, my sister Laura and I met fellow gardener Gail Barnard who had convinced us to take in garden guru Mike Darcy's annual Plant Nerd Night. I've heard about Plant Nerd Night for years but living over an hour away, I had never attended. Neither had Laura. But the venue isn't far from Gail's home so she is a regular attendee. She let us know what to expect and it was fun to meet her in person and see other gardening peeps I correspond with regularly on Facebook and through my blog.

You can read about Plant Nerd Night here.

The speakers, owners of nearby nurseries, were entertaining and educational. But the crowds were daunting and it was difficult to see the plants they were offering for sale. Thankfully I'm not nearly as plant-obsessed this year so I was fine with a few glimpses of things. After the show, I was able to purchase one plant on my wish list--this little woodland beauty from Far Reaches Farm.

Afterwards, Laura and I drove back to her home in Woodburn. In the morning we visited two local nurseries in her area. First, was Bauman Farms where I was inspired to take photos.

Before stepping in to the warm greenhouse, we had to inhale the luxurious perfume of this hyacinth.

Check out these bright and happy tulips we spotted right inside the door. 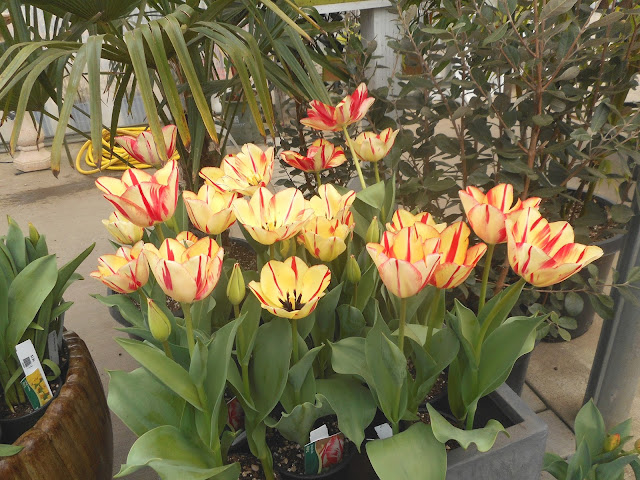 There were lots of early bloomers in the greenhouse, along with a huge assortment of garden art displays. Like this one: 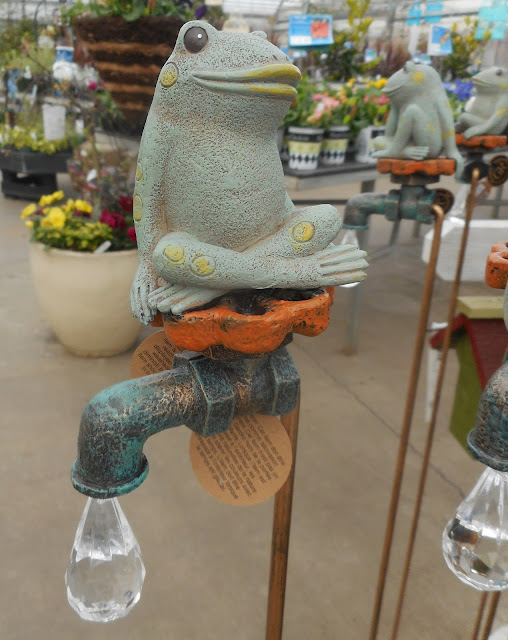 We were both drawn to the succulents. The displays were really inspiring! 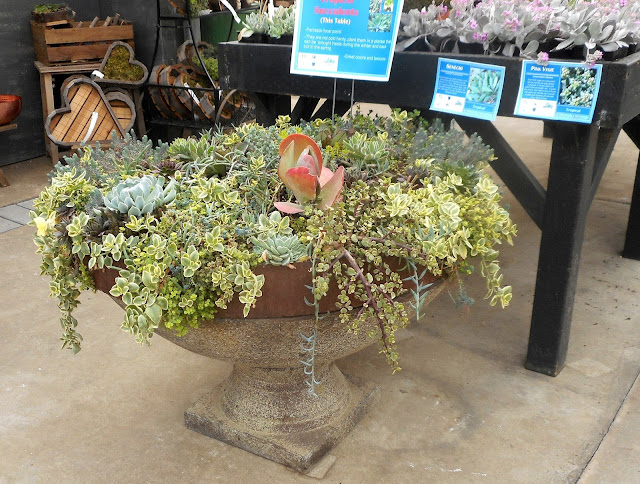 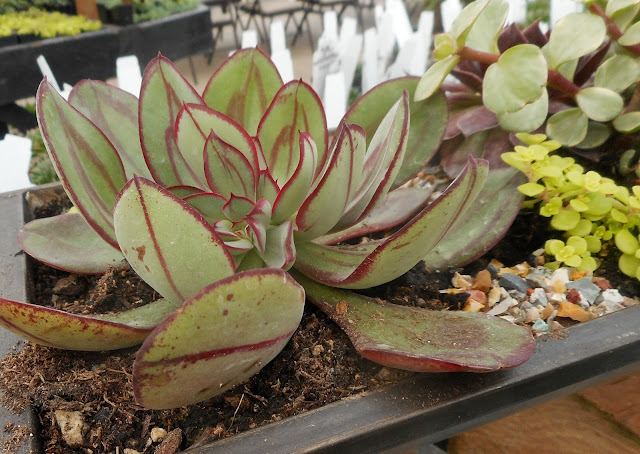 And then there was this behemoth:

These uniquely formed primulas were pretty. Laura picked one up, but put it back. 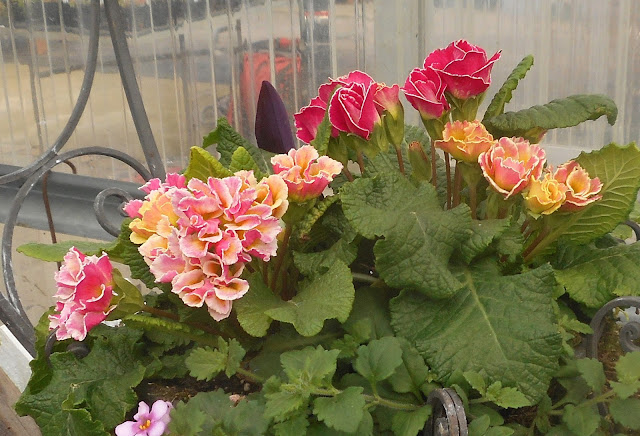 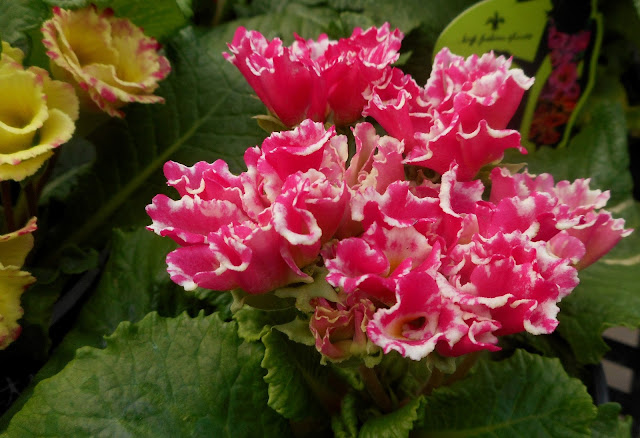 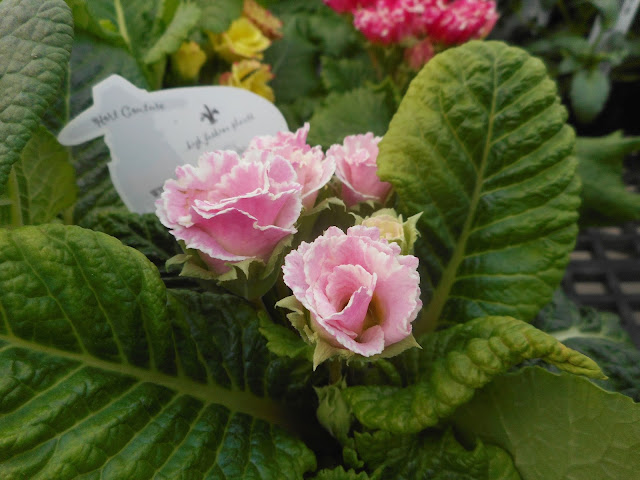 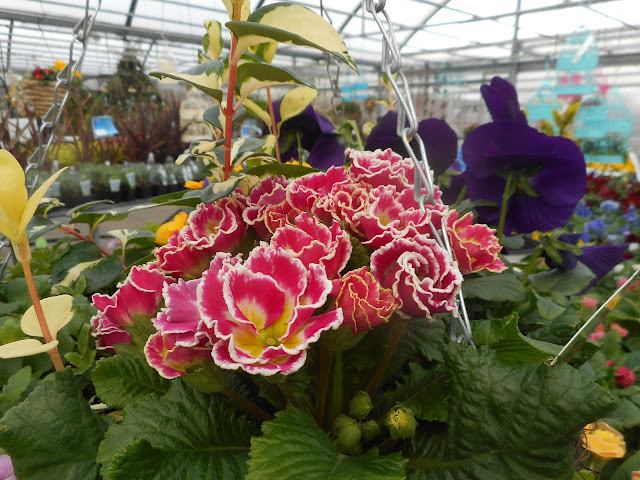 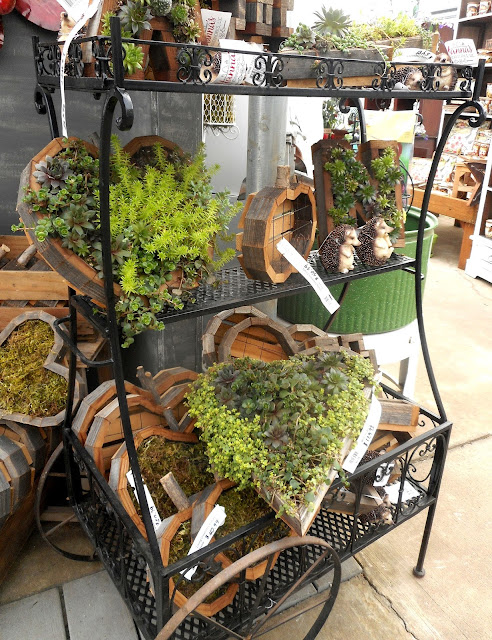 And finally, the piece de resistance. Are you wondering what it might be? Here you go:

We saw the burgundy-leaved clover, called 'Isabella' by the front of the store. In the back we saw this one too:

Decisions, decisions. I loved them both. What's a girl gonna do?

Yes. It's the little things. Or at least it was on this journey. Later at Al's Garden Center, (I didn't take any photos) my sister gave me a $5 off coupon, so I bought another 3 gallon 'Chandler' Blueberry and another one gallon Azara microphylla to replace the big one I had years ago until the winter cold did it in. Then, after my sister and I bid our farewells, I drove home, unloaded my loot and took a nap.

Have you purchased any plants yet?