The Last Day of Augst

August may be winding down but I'm not giving up on summer. No way.

Here are some random photos of a garden still going strong. 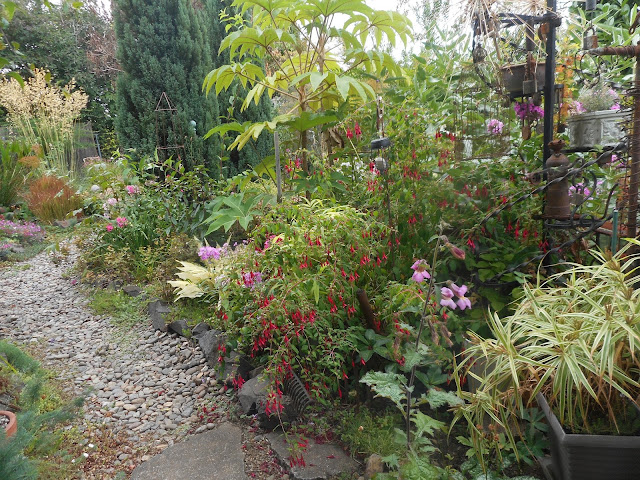 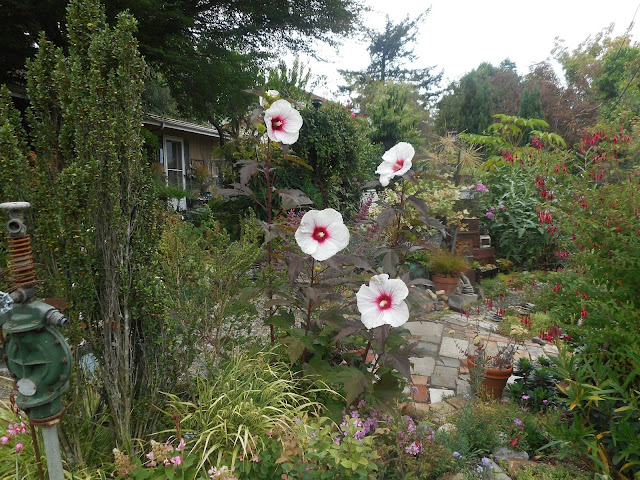 At least ten years ago a wind storm took out my single-trunk Crape Myrtle "tree". I was heartbroken but purchased another one, planted it in an adjacent bed and forgot about my earlier casualty. Two years ago, I was surprised to see a single stem of familiar looking foliage jutting upward through the thicket of perennials, in the exact spot where the earlier crape myrtle had died. Below is a photo of it today. Apparently there was enough root left to nourish a new plant. And is it every happy! Lesson: Don't be too quick to assume a plant is dead. 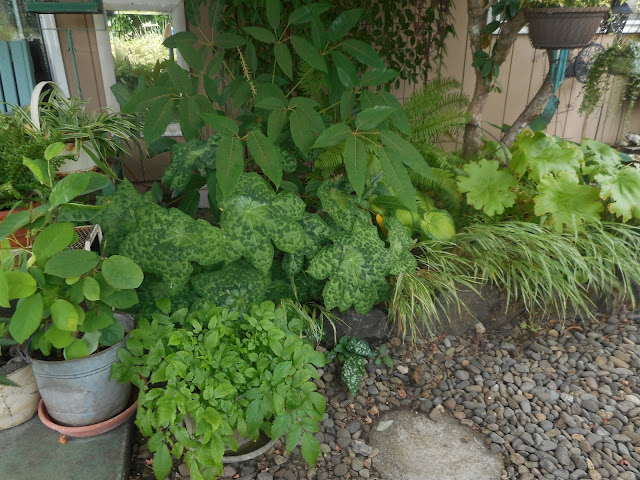 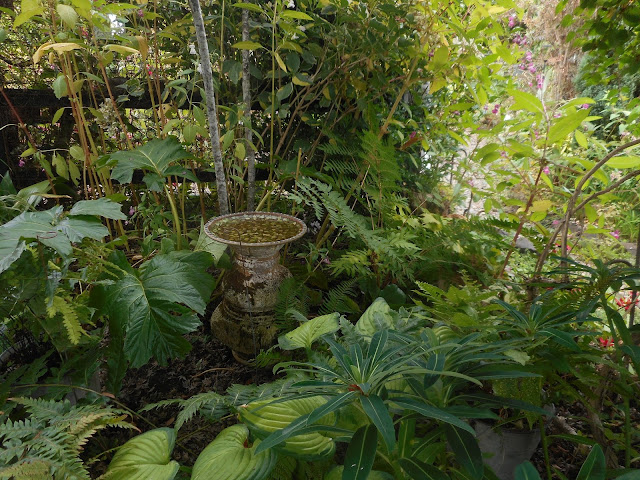 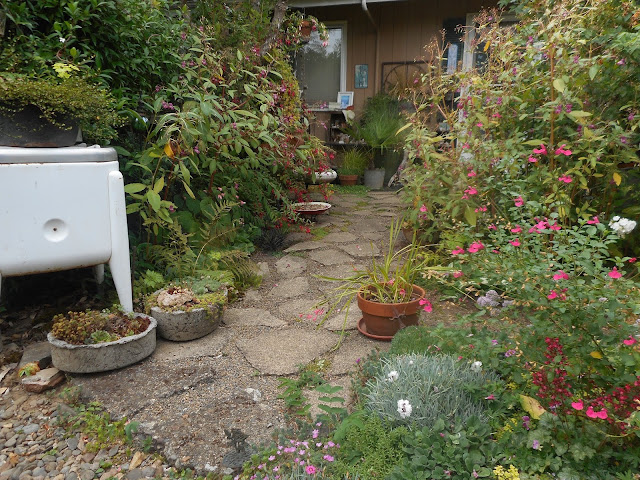 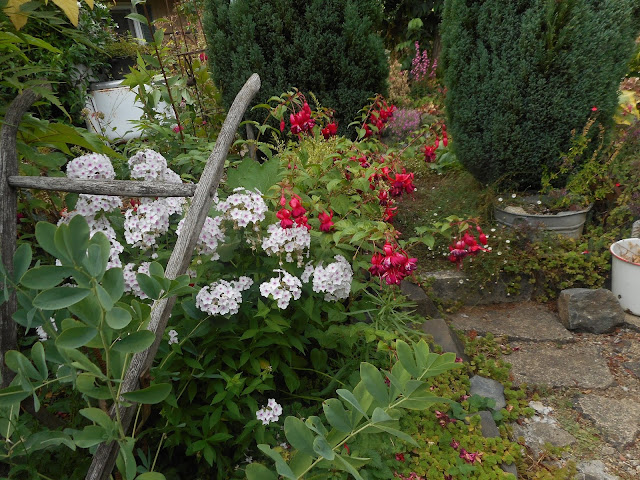 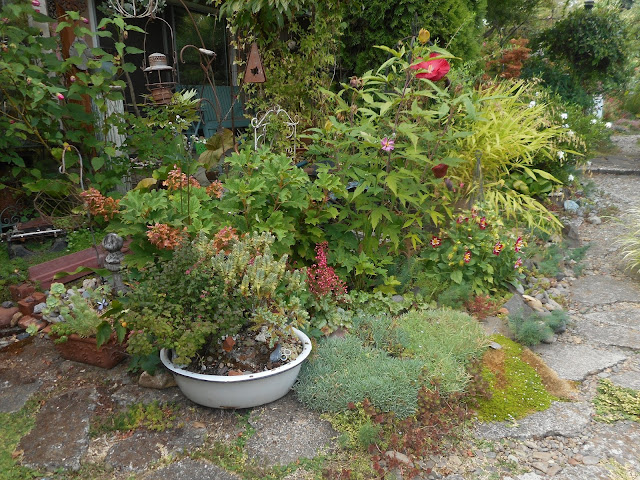 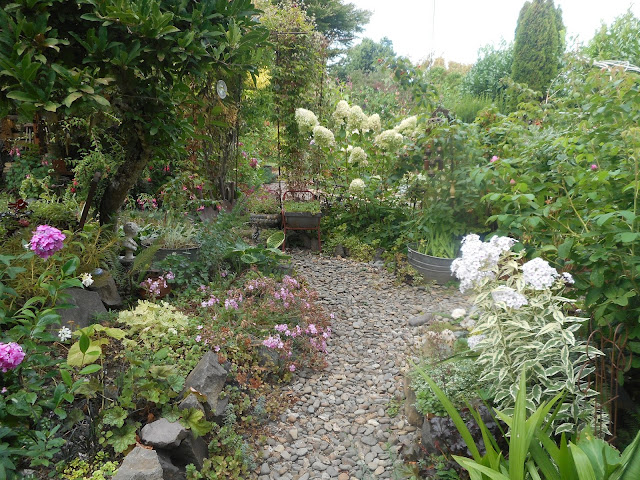 Finally, below you can see both Crape Myrtle trees. The flower color is nearly identical in both. The one on the left is the resurrected one, still a bit floppy from top-heavy flowers. It will require some judicious pruning. The newer one is peaking out from behind the Banana. Here, it looks as though they're right on top of each other but there is actually a large area between them. 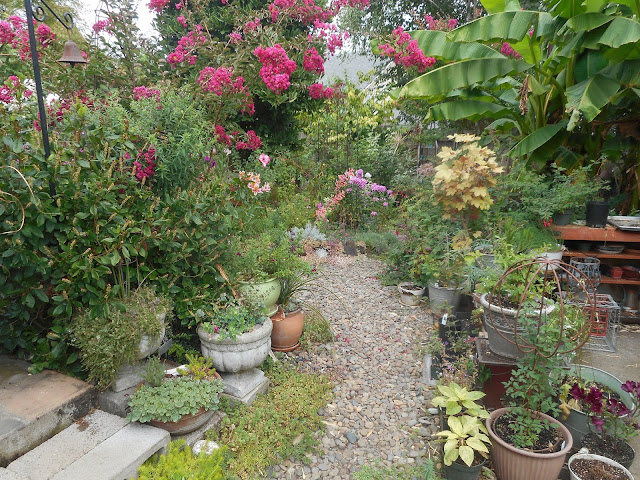 I could go on and on but I'll stop for now. I need to go outside.