Last night was the official first frost in my 'hood. The thermometer mounted on a post in my covered patio recorded this: 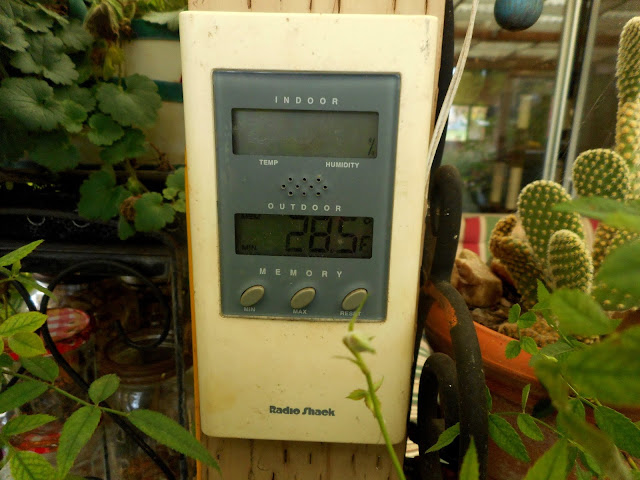 It must have not have lasted very long because most plants are still alive and doing fine. I'll show you what I mean.


Clematis stalwarts: the florida species seem to prefer the cooler weather. This is the second year they've waited until fall to produce their second flush of blooms. The first being in spring.

This Abutilon loves the cooler weather.


I was pleasantly surprised to see one last blossom on this dwarf dahlia. 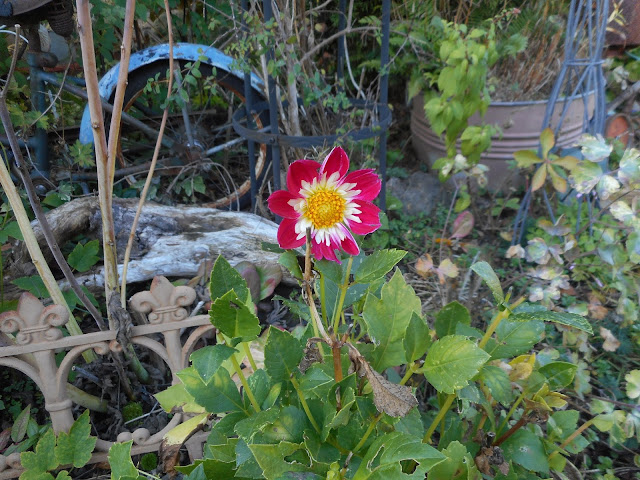 But the overnight low temperature was unkind. 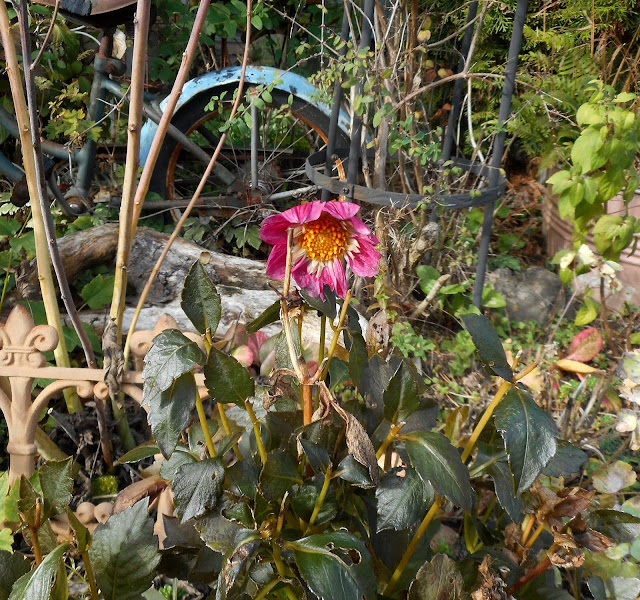 Something similar happened with my Impatiens tinctoria. I was so happy to finally see its first big fat bud.
But the frost had other ideas. Poor thing. 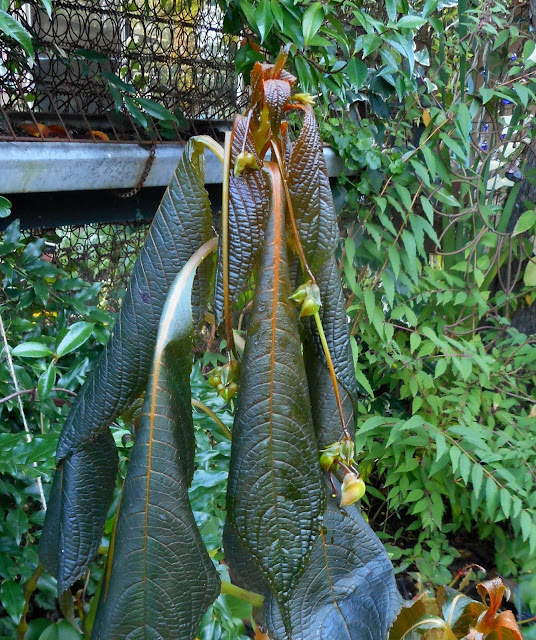 I think the plant is toast.

It looks like the frost may not have hurt the Alstroemerias--another blooming machine.

Some of my fuchsias are still putting out flowers.

I am so happy with my two Correa plants. They've been blooming since September and they should go clear through February if ... well, you know the drill. I'll be watching the weather and I have my blankets ready if it gets too cold. I'm hoping the hummingbirds will find the flowers.

Correa alba 'Ivory Bells' is not quite as showy as 'Dusky Bells' but the leaves are nicer so it's all good. Check it out.

This gorgeous scabiosa is still blooming. I see varying reports of winter hardiness. I hope it survives because I've got an Alstroemeria with similarly colored flowers I want to plant near it after I move the Echinacea that are in that spot now.


This Argyranthemum is still blooming. It took a break during July's heatwave.


Chocolate Cosmos, the only chocolate I allow myself anymore.


I'm happy to see my Schefflera blooming. It's the first time in its three year history in my garden so I'm a bit obsessed.

Come on bees. Wakey, wakey... there's nectar for you! 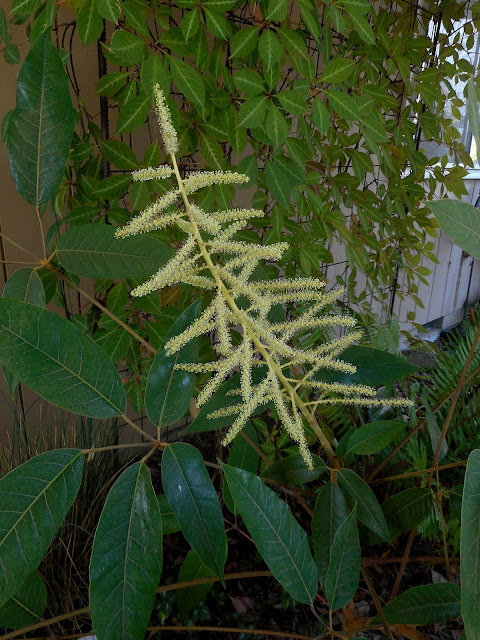 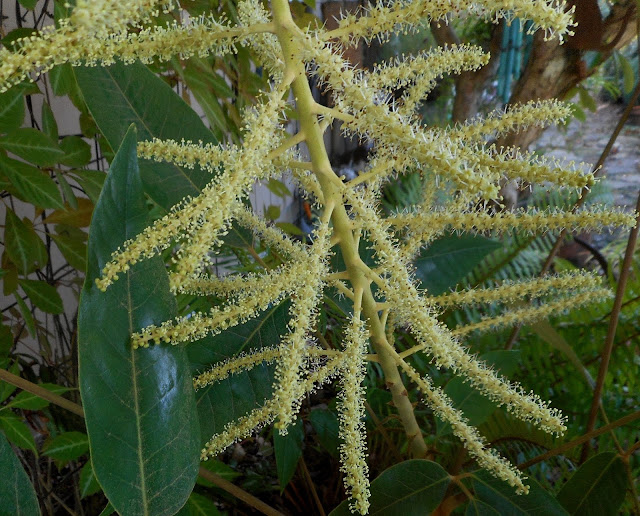 There are a few fragrant flowers on this daphne.


And speaking of fragrance. Check out what I think will be the last flower on my gardenia.

I have been pleasantly surprised with how long my Cirsium has been in bloom. I thought after June it would be done. But here are more flowers trying their darnedest to bloom.


Ditto for the long-blooming Lewisia.


The last of the raspberries... They were so delicious. What a bumper year for these jewels. 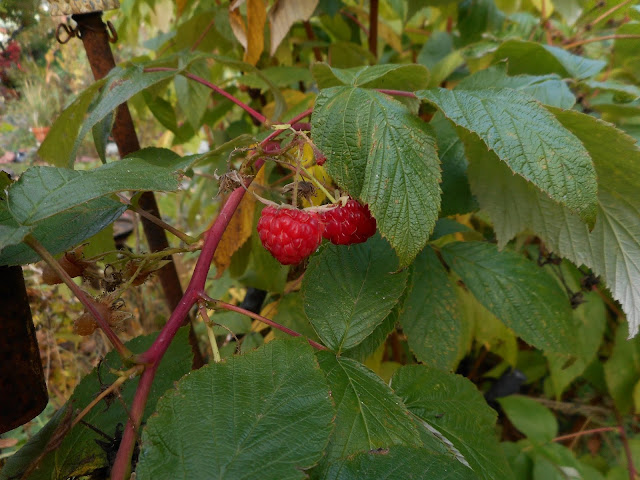 I bought some paperwhites to force. I'm hoping they'll be blooming on Thanskgiving. Do you think they'll be ready in two weeks? 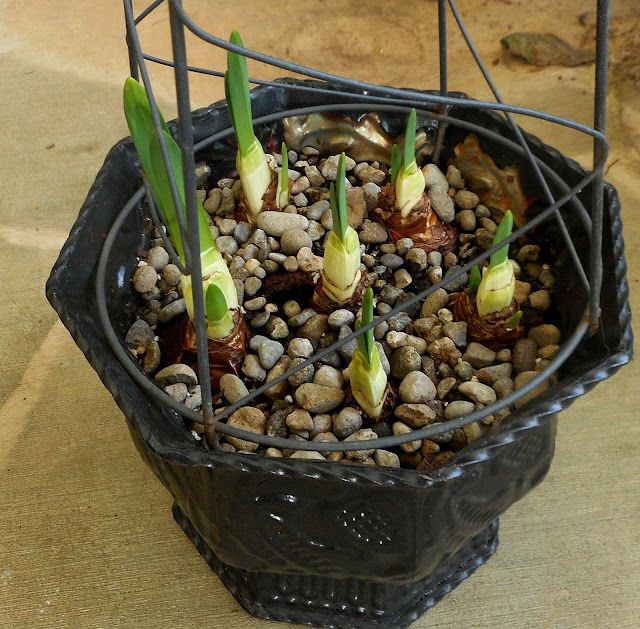 Finally I wanted to show you my little garden buddy. One of our resident Annas hummingbirds. S/he posed for me today. 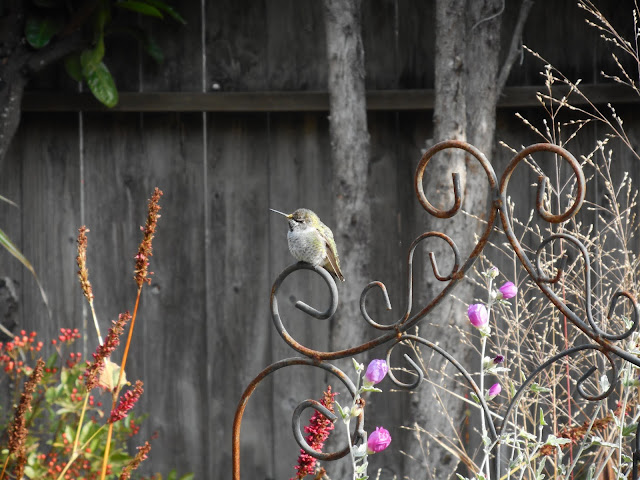 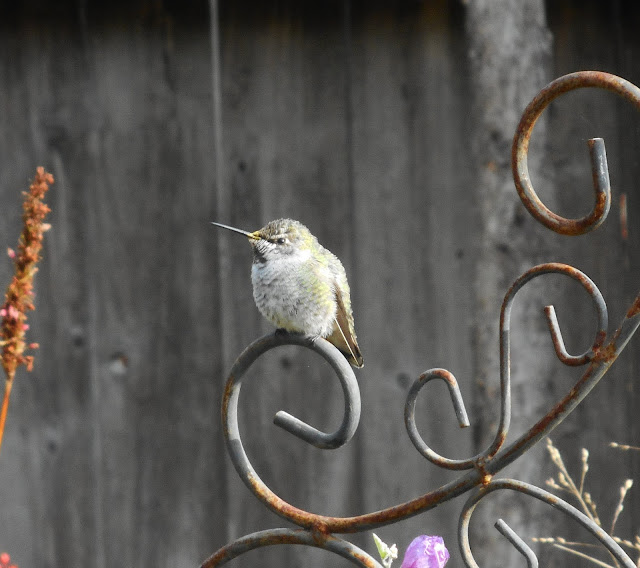 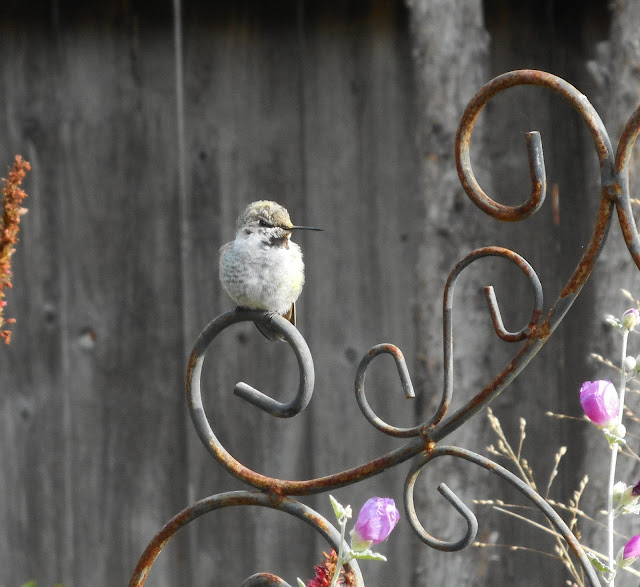 I sure hope those fluffly feathers are keeping you warm, little buddy.