It's second summer here right now. For the past week it's been sunny and warm. What a gift! I haven't been doing a lot of gardening because of other obligations but I did get some photos. I'll be doing a lot of plant-moving and rearranging but will probably wait for spring to do most of it.

There are still a lot of plants blooming and looking fine.

I'm not a huge fan of mums but I decided to purchase 'Clara Curtis' after seeing so many photos of it. My plant just started blooming. It is pretty.


Another newbie is Impatiens tinctoria. I'm happy that it's finally blooming too.


On a recent visit to Secret Garden Growers outside of Canby, I bought a bunch of plants including this unique Fuchsia 'Nettala'.


Another newbie this year is Correa 'Dusky Bells'. Isn't it pretty? It's supposed to bloom through fall, winter and into spring. I'm hoping so. I've got it in a pot and will bring it inside if it gets terribly cold this winter. It will help feed the Annas hummingbirds too.

Ah, terribly blurry photo here but it shows the bracts on my Seven Son Flower. Planted in 2002, this is the most bracts my plant has ever had! I really need to get a better photo before they're gone.

Did someone say Clematis? Yes there are a few beauties still doing their thing!


I really should collect the milkweed seeds before baby plants sprout up all over the neighborhood. On second thought, that wouldn't exactly be terrible.

Sedum 'Little Missy' is blooming and such a sweet little thing. I will bring her to the patio to protect her from winter's worst. She almost didn't survive last winter outside and the temps were mild.

Part of last year's seed purchasing frenzy was this Linaria. Typically you find it in purple but I had to have the pink flowered variety.

Speaking of seeds, I bought 'Tinkerbell' Nicotiana at least five years ago. It still seeds around in my garden. I just love these tons of flowers.


Because my garden isn't very big and Lespideza takes up so much room with its cascading branches, I decided to put it in a raised pot. It worked.


The slugs sure love to eat my Toad Lily plants. They are also growing in pots now which will hopefully help with that problem.

And finally, the Hall's Honeysuckle has been blooming nonstop since April. The cooler weather has definitely not slowed it down. So fragrant!

And now for a few critters:

I spotted this little guy, not in my garden but along a trail I was hiking with one of my daughters. After this first one we saw 23 more! Look at his little hands. 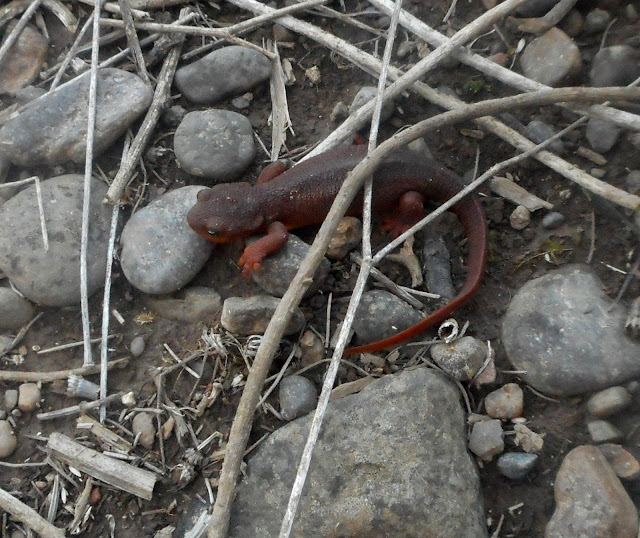 And  the resident frog population is happily eating the bugs and growing fatter by the day. 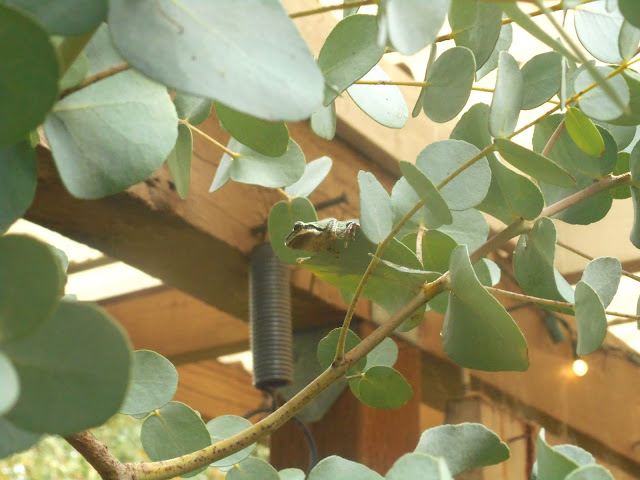 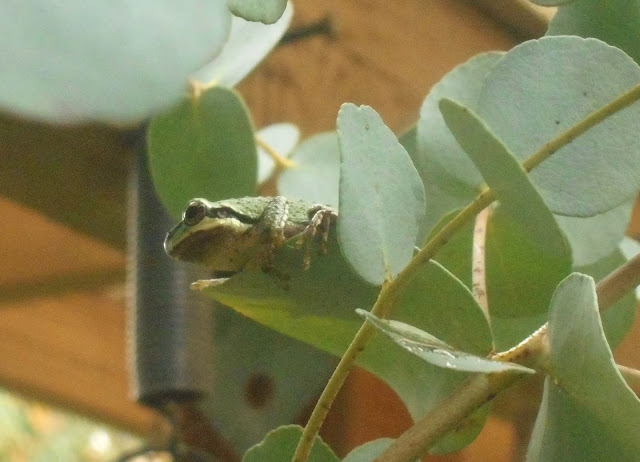 These are actually two different frogs that both enjoyed camping out on my Eucalyptus. 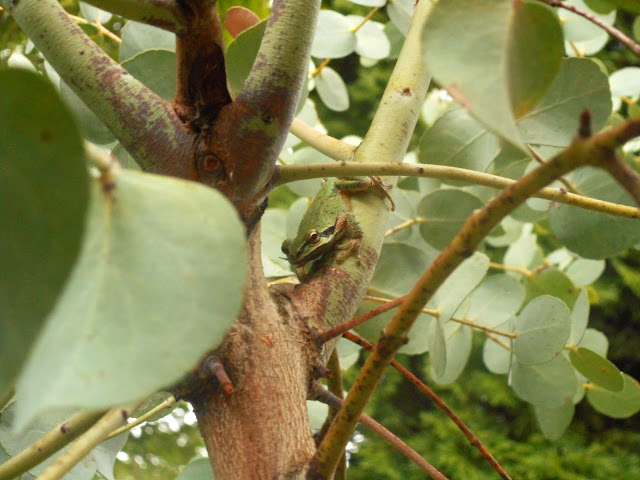 And finally, a flock of goldfinches seem really enamored with this tiny birdbath. I took the photo from indoors so it's not great. They flew away seconds later. 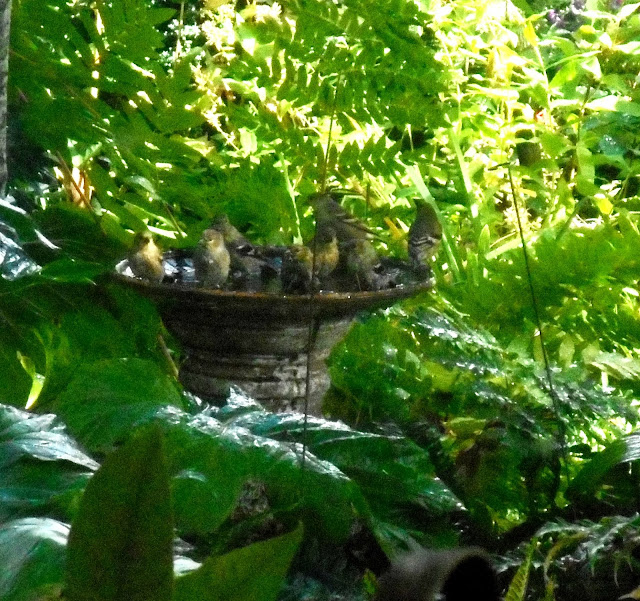 I love the wildlife almost as much as I love the plants. Almost.

Thank you for visiting.