Plant of the Week: Polygala

Hi Plant Peeps! I'm back with another favorite plant. This week I will talk about Polygala.

I can't recall where I first discovered this diminutive beauty but I bought my yellow-flowered Polygala chamaebuxus in 2014. It was a tiny thing and I feared it would be swallowed by its billowing neighbors thanks to my cram-scaping tendencies. So I put it in a pot and set it on a shelf on my patio next to the house where it received a bit of protection from the elements. 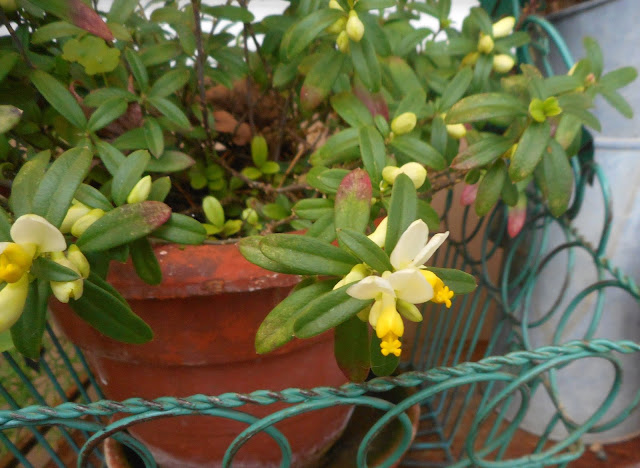 It started blooming in November and continued clear through the winter!

The common name for this plant is Shrubby Milkwort which is kind of baffling since it is not shrubby, nor does it look the slightest bit milky. 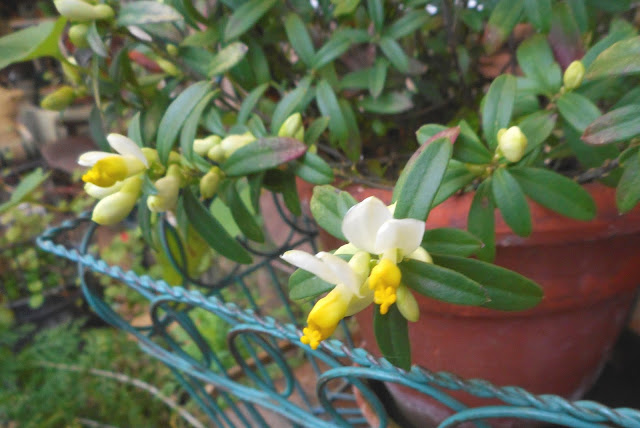 Well, I guess you could say the white part of these two-tone flowers is milky. I'm not normally a fan of yellow flowers but this little winter bloomer brings a bit of cheer to the this gardener.


Polygala chamaebuxus is evergreen and winter-hardy in Zones 4-9. How's that for winning attributes? 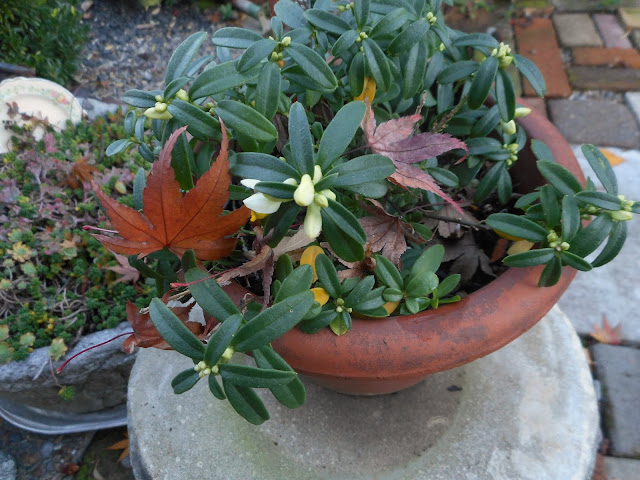 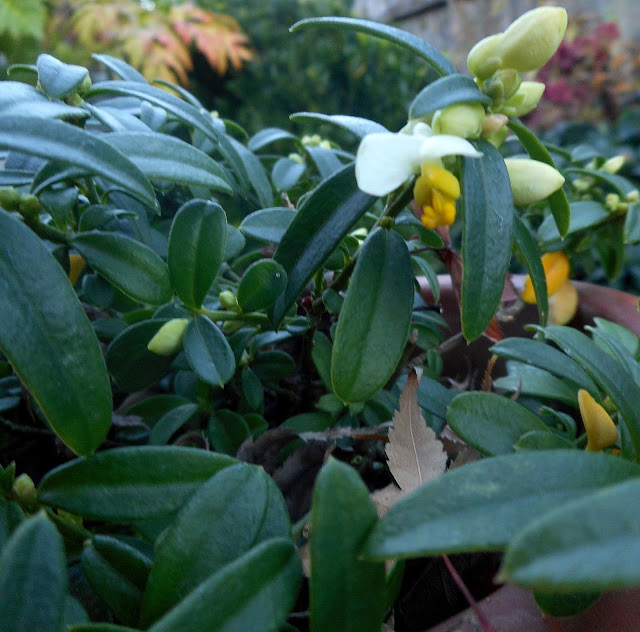 After falling in love with the yellow-flowered species, the purple and yellow-flowered Polygala chamaebuxus 'Kaminski' became a lust plant. Sadly, it was going for exorbitant prices, like $35.00 for a one gallon, small plant.

I figured I'd wait for a more reasonable price. In 2016, Pat at Secret Garden Growers had it for sale so I purchased it from her. Thank you Pat for feeding my never-sated desire for plants. 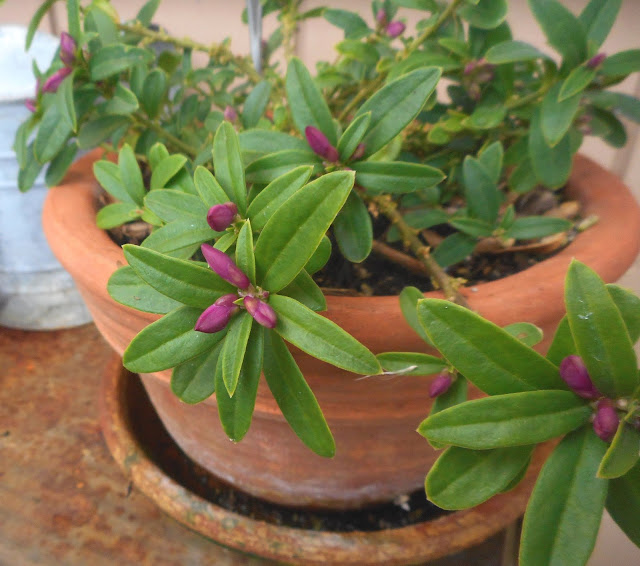 It's been my experience, as you can see below, that the purple flowers bloom a bit later than the yellow ones. 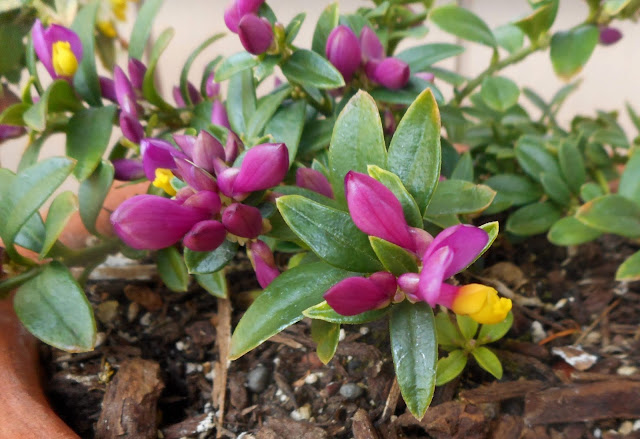 Did I mention these plants are slow-growing? Last spring I decided to plant them together in a shallow, wide pot. They seem happy here. 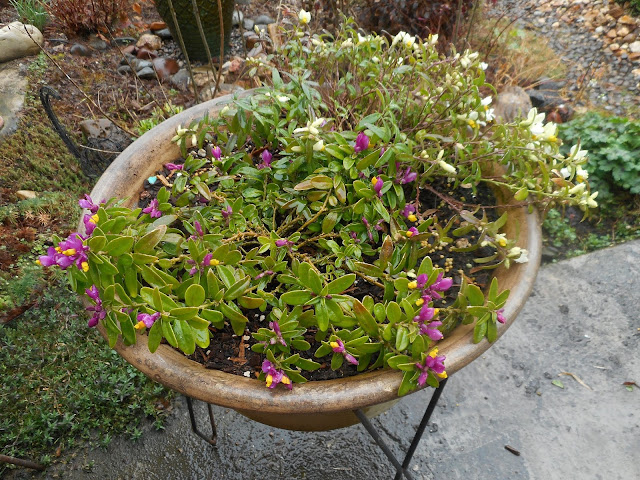 However, last summer I set the pot on the ground, away from the house. A few weeks ago I realized that this cooler location had stalled the blooming. So I moved it back on my patio. Buds are forming but it is way behind schedule. The above and below photos were taken last year.

Lesson learned: Keep it close to the house where it receives a bit of warmth and it will be a true winter-bloomer. 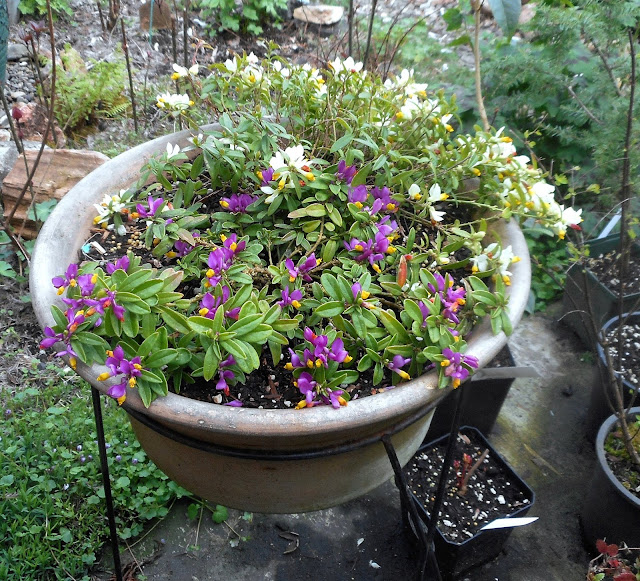 There is a truly shrubby Polygala that is not winter-hardy here in the Pacific Northwest.


In 2015, I bought Polygala myrtifolia 'Mariposa' on impulse while plant shopping at N&M Nursery in Hubbard. I knew it wasn't hardy and stupidly left it outside anyway. As I recall, it was a blooming machine, as many tropicals are, blooming right up until a cold spell devolved it to mush. My photos don't do it justice. 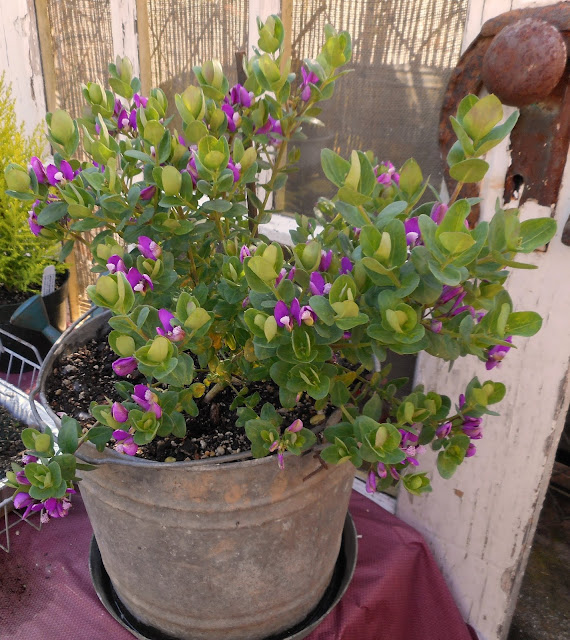 Information on several Polygala genera can be found on Plant Lust.

I hope you're enjoying these weekly installments. Thank you for commenting.