Okay peeps. Remember how I mentioned earlier this year that I was sick and tired of my backyard lawns and was planning to get rid of them? I was visualizing replacing them with something like this checkerboard motif?

But then I also found this photo on Pinterest.


I really like the formal-informality of it. I like the idea that the elements are mismatched and interesting and form a design hinting of both whimsy and antiquity. Is it my (admittedly somewhat fantastical) imagination or does this circle look like an unearthed relic from the past?

Well, hot dang. In early March, I caught the vision and it was time to say bye, bye lawn!

There were two lawns to get rid of. I've always referred to them as my "North Lawn" and my "South Lawn" because this sounds kind of elaborate and fantastical like my imagination. Like I live on a many-acre estate or something. Hardly. But anyway, first, the North Lawn: 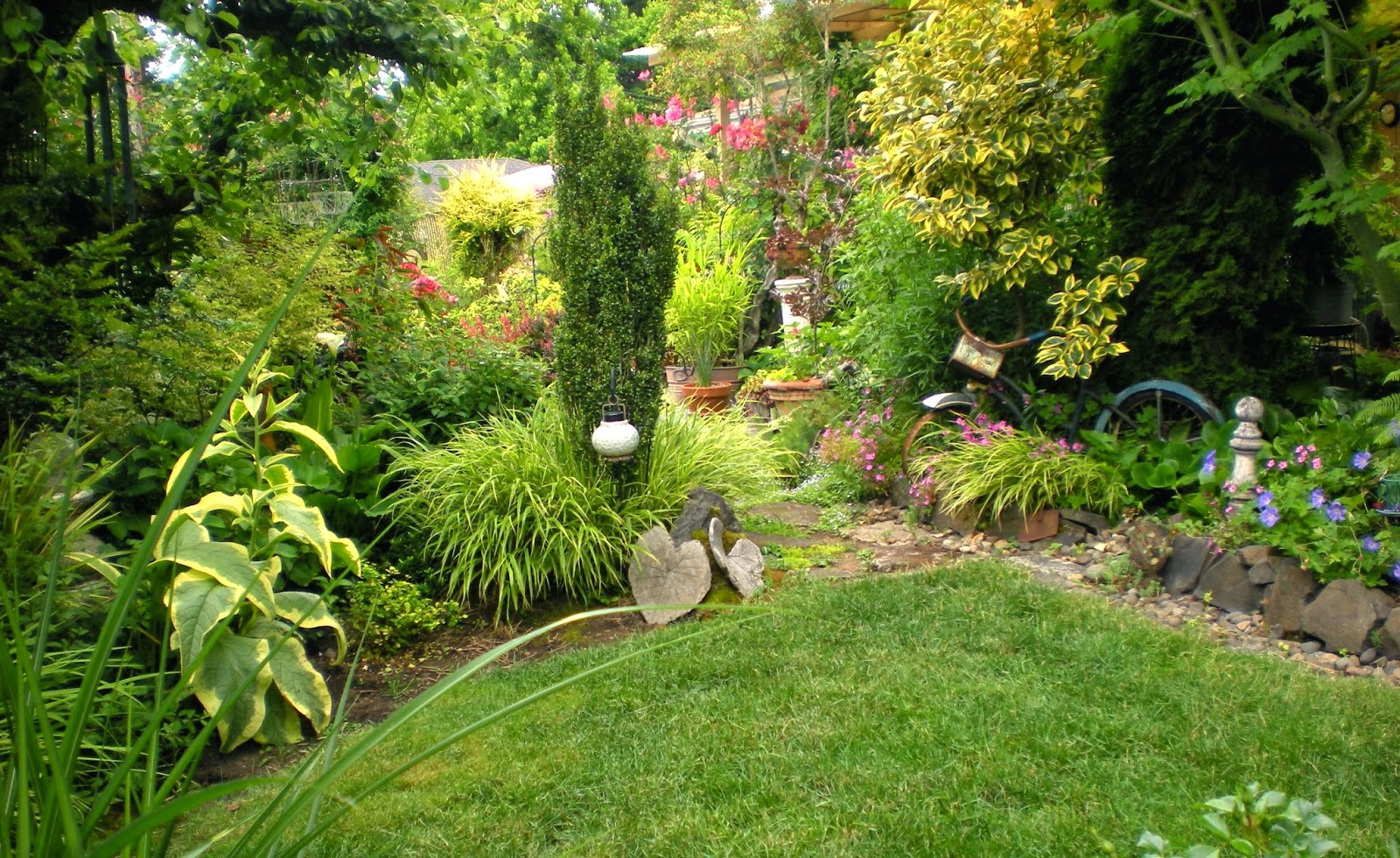 At this point, I was committed. And a little terrified.
Fortunately I have a son who is a great scavenger. He found bricks.
I found more bricks at the Habitat For Humanity ReStore near my work.
I'd go there on my lunch hour, once or twice a week to get a bunch of whatever they had. 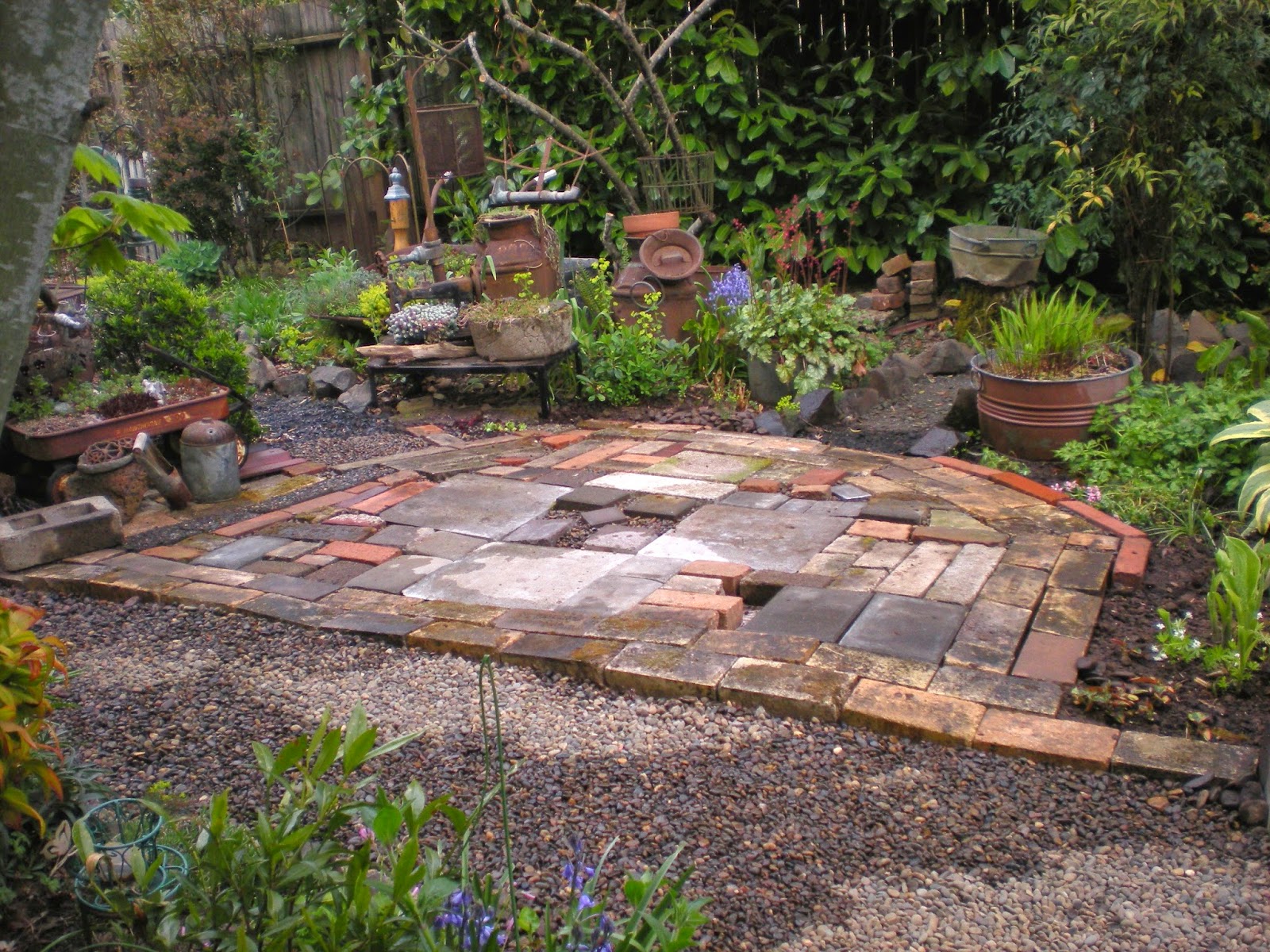 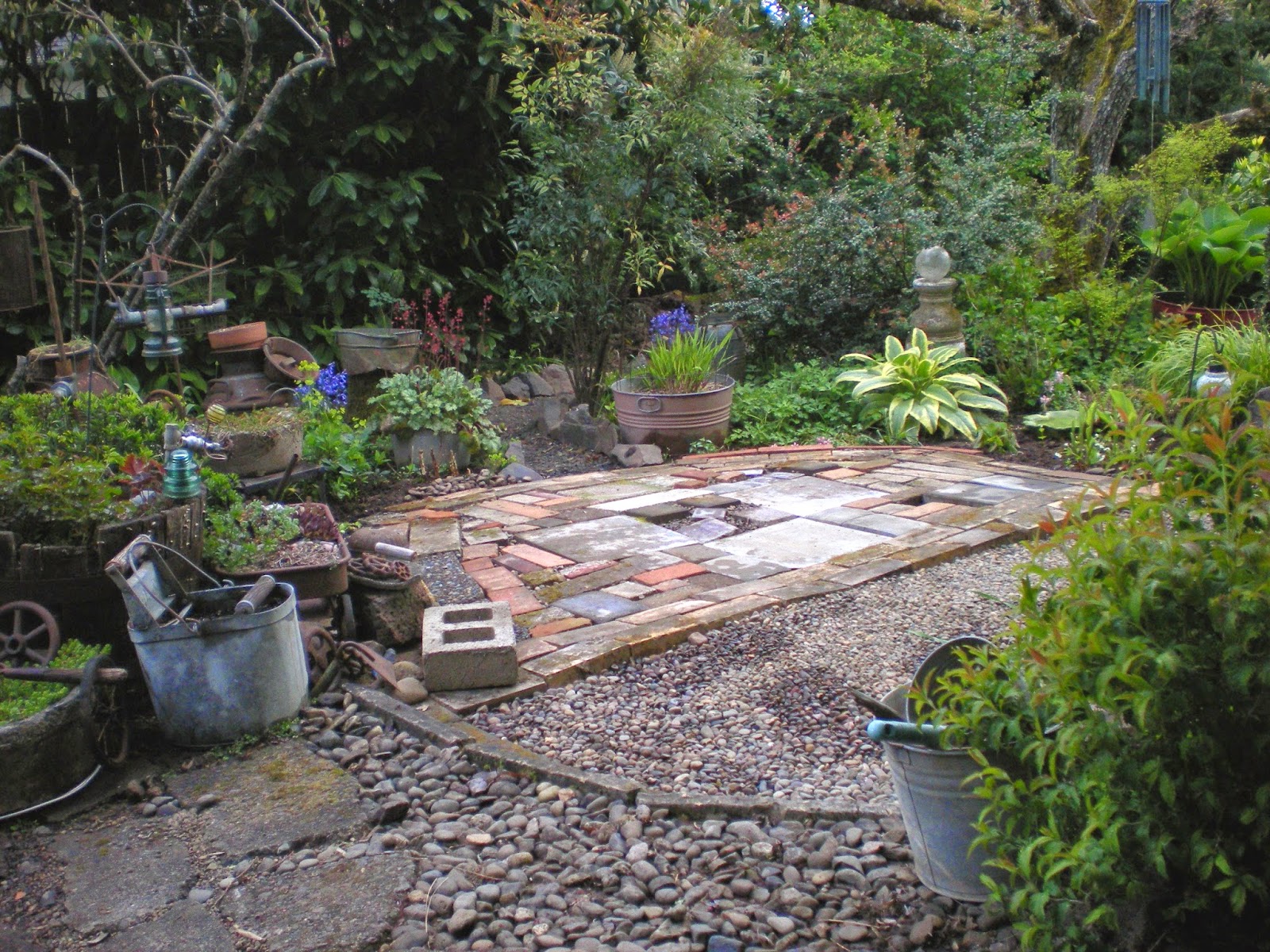 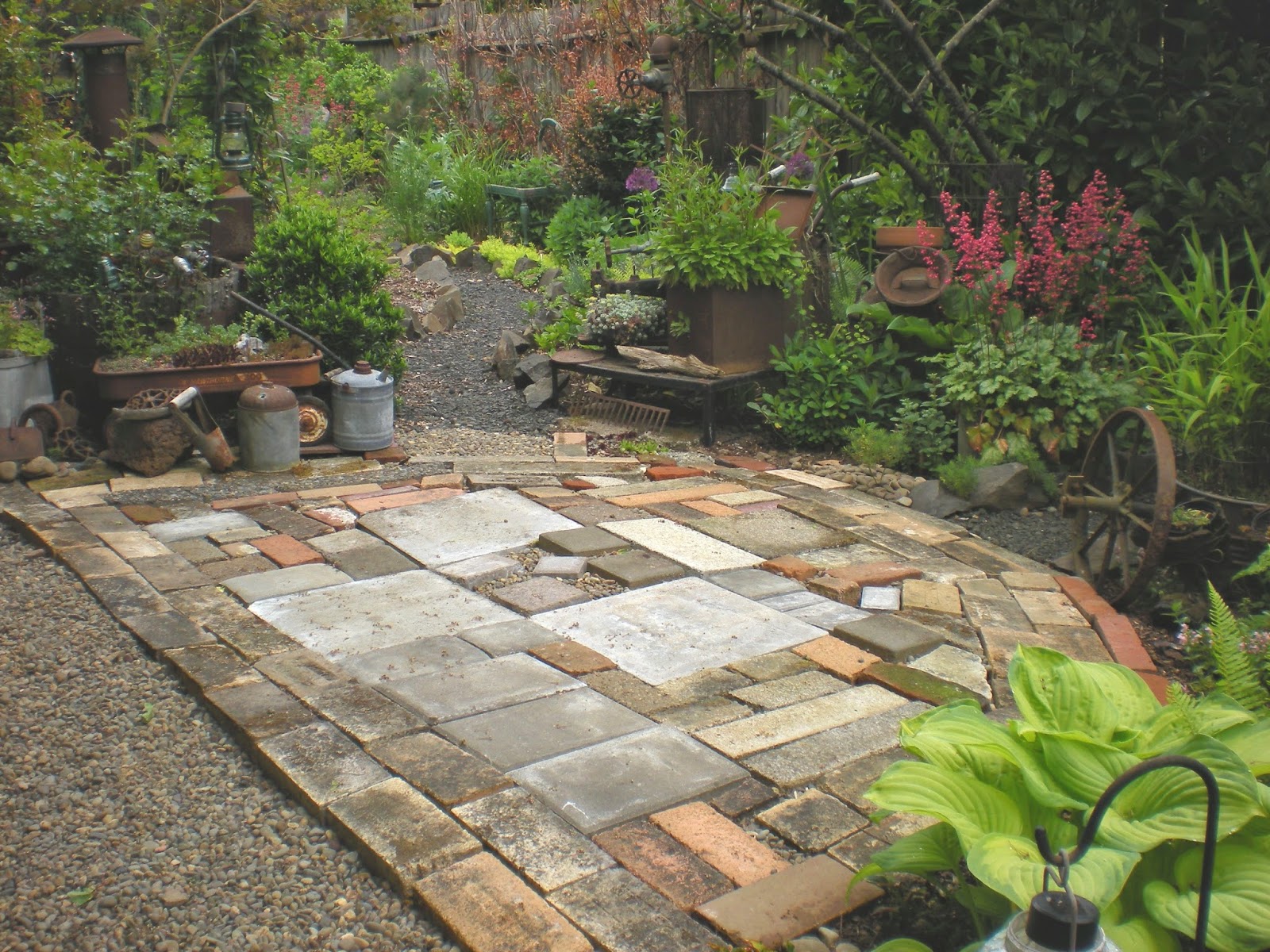 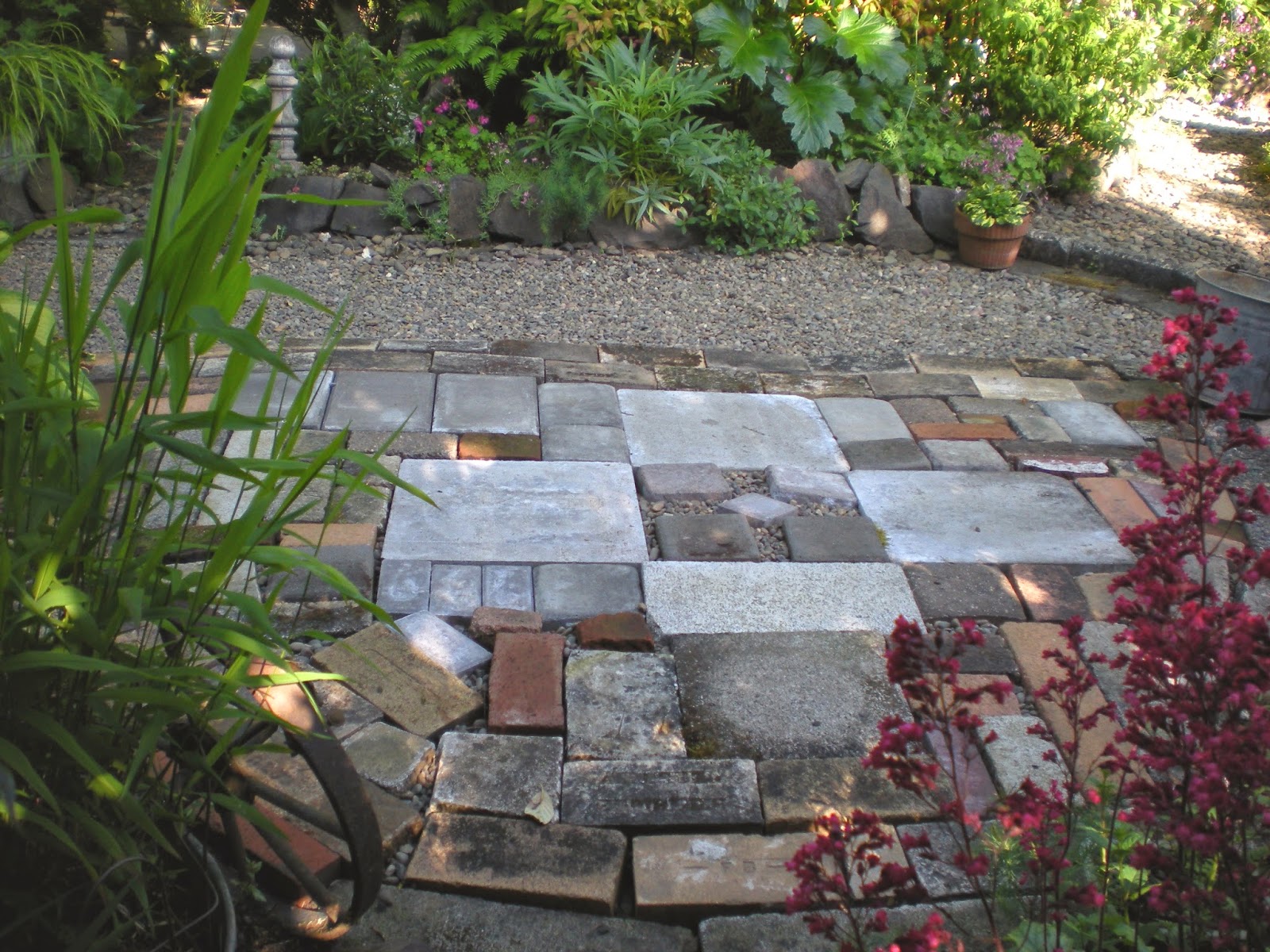 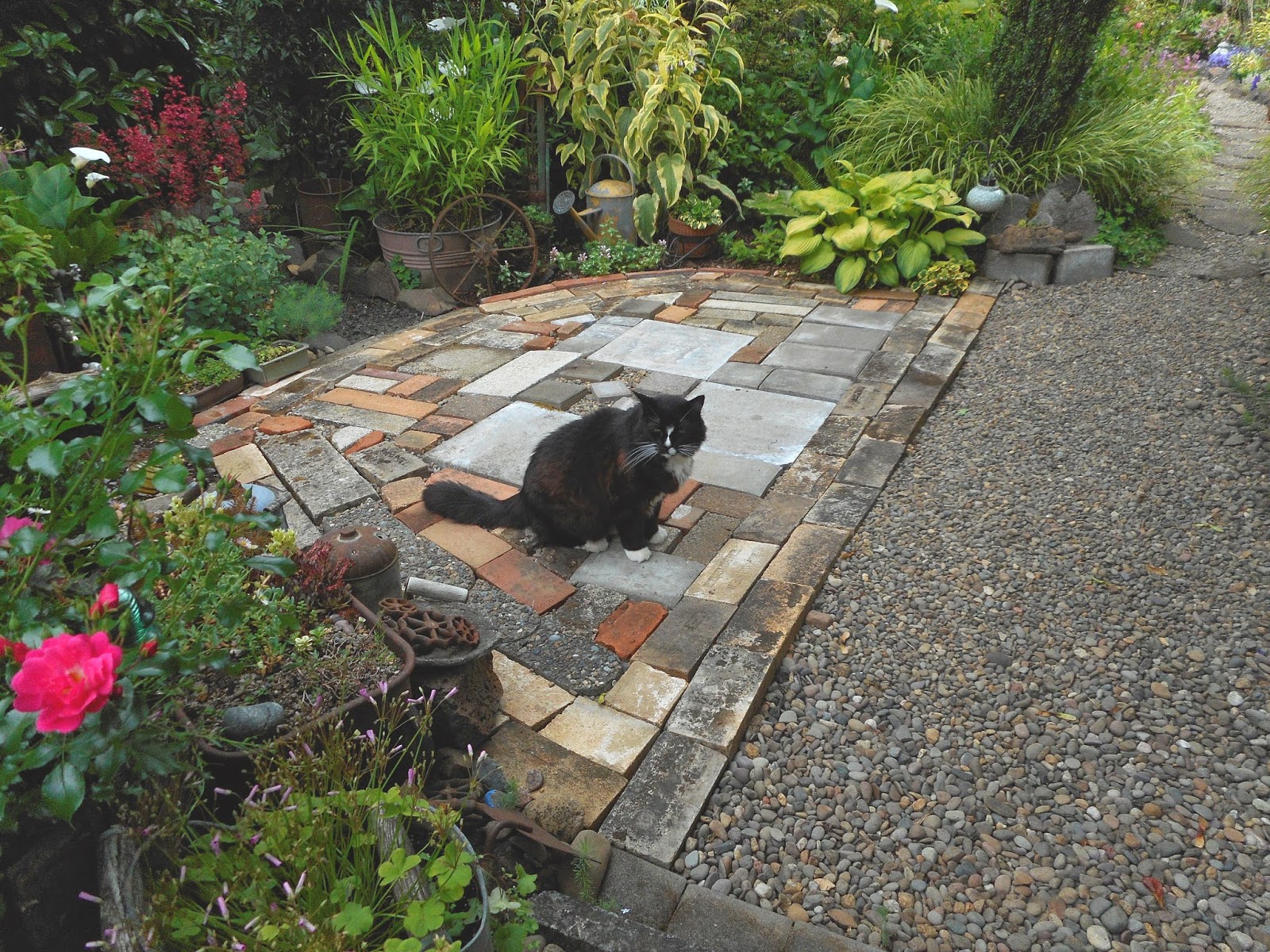 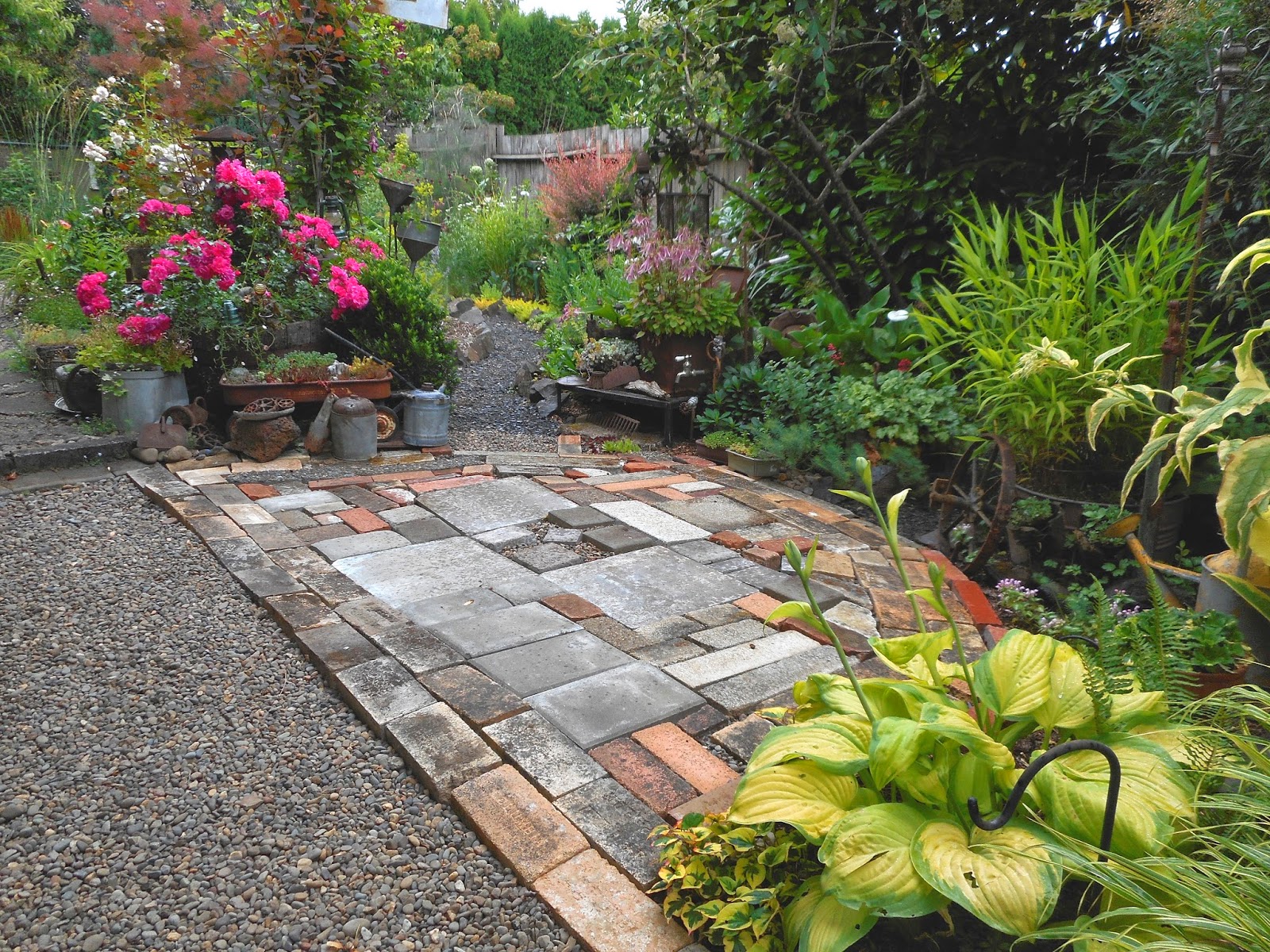 And now, the South Lawn

For reasons that elude me, I didn't pick a photo depicting the peril of
the late summer South Lawn but I'm sure you've seen a dead lawn before
and know what it looks like. 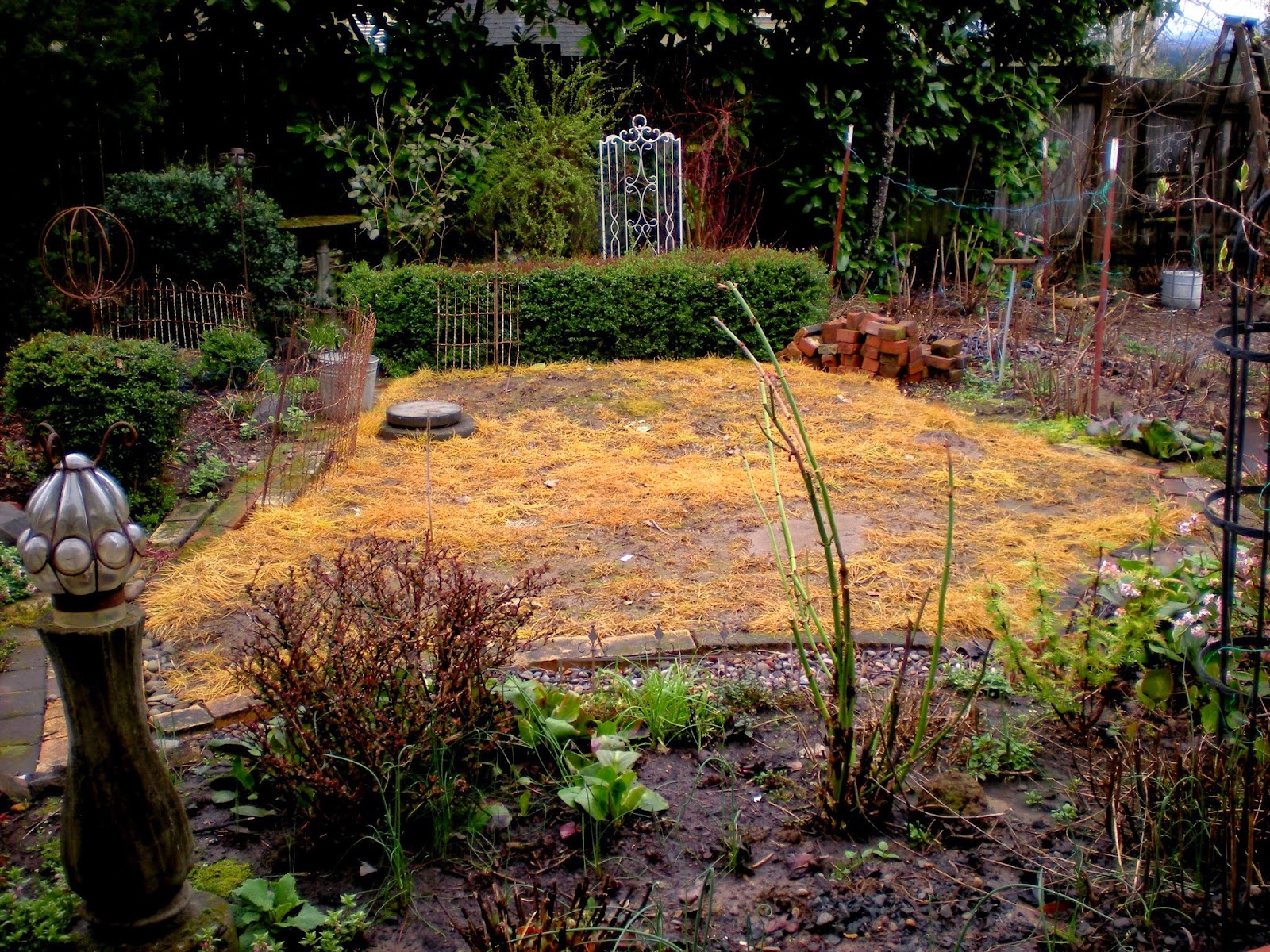 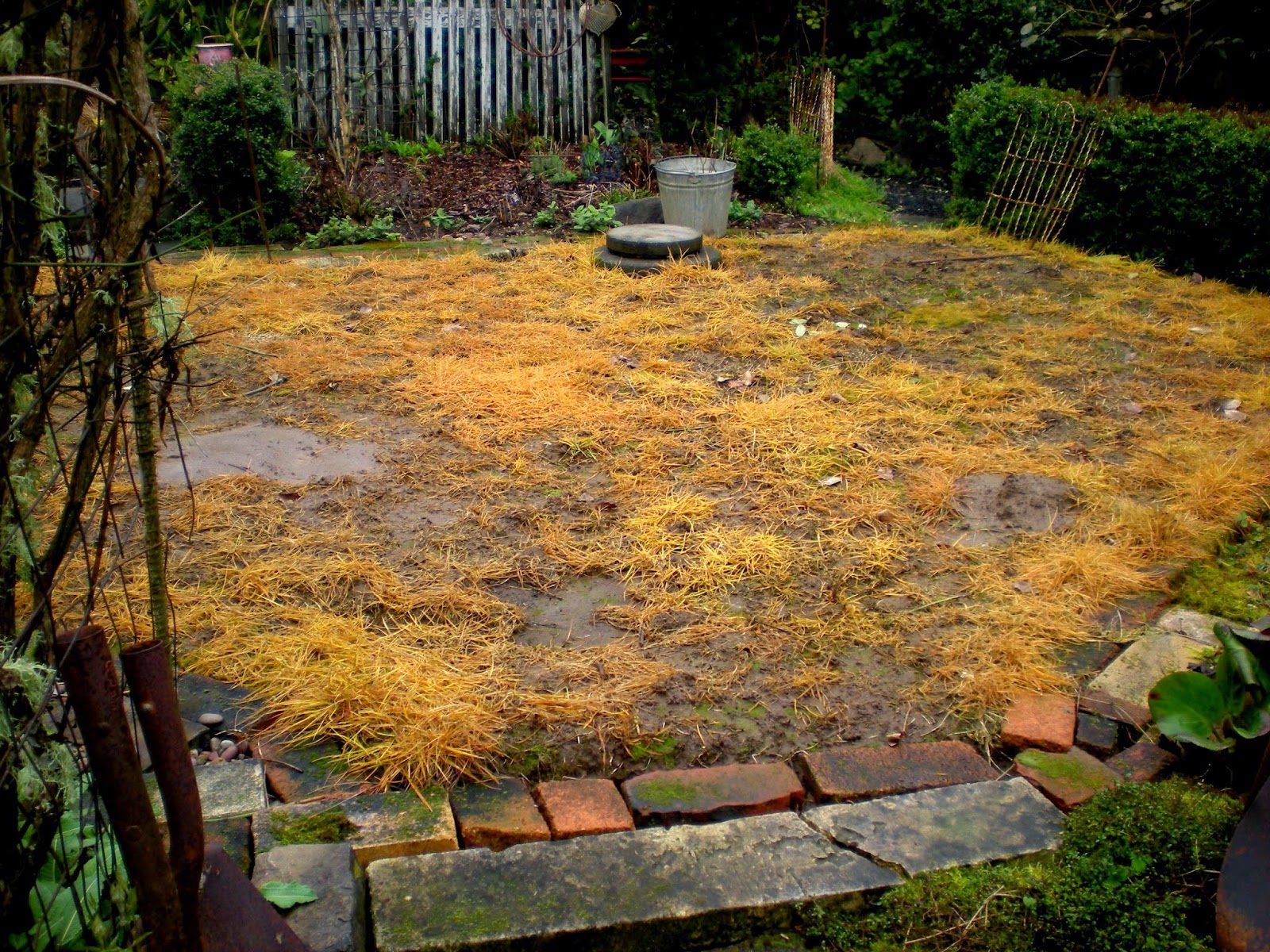 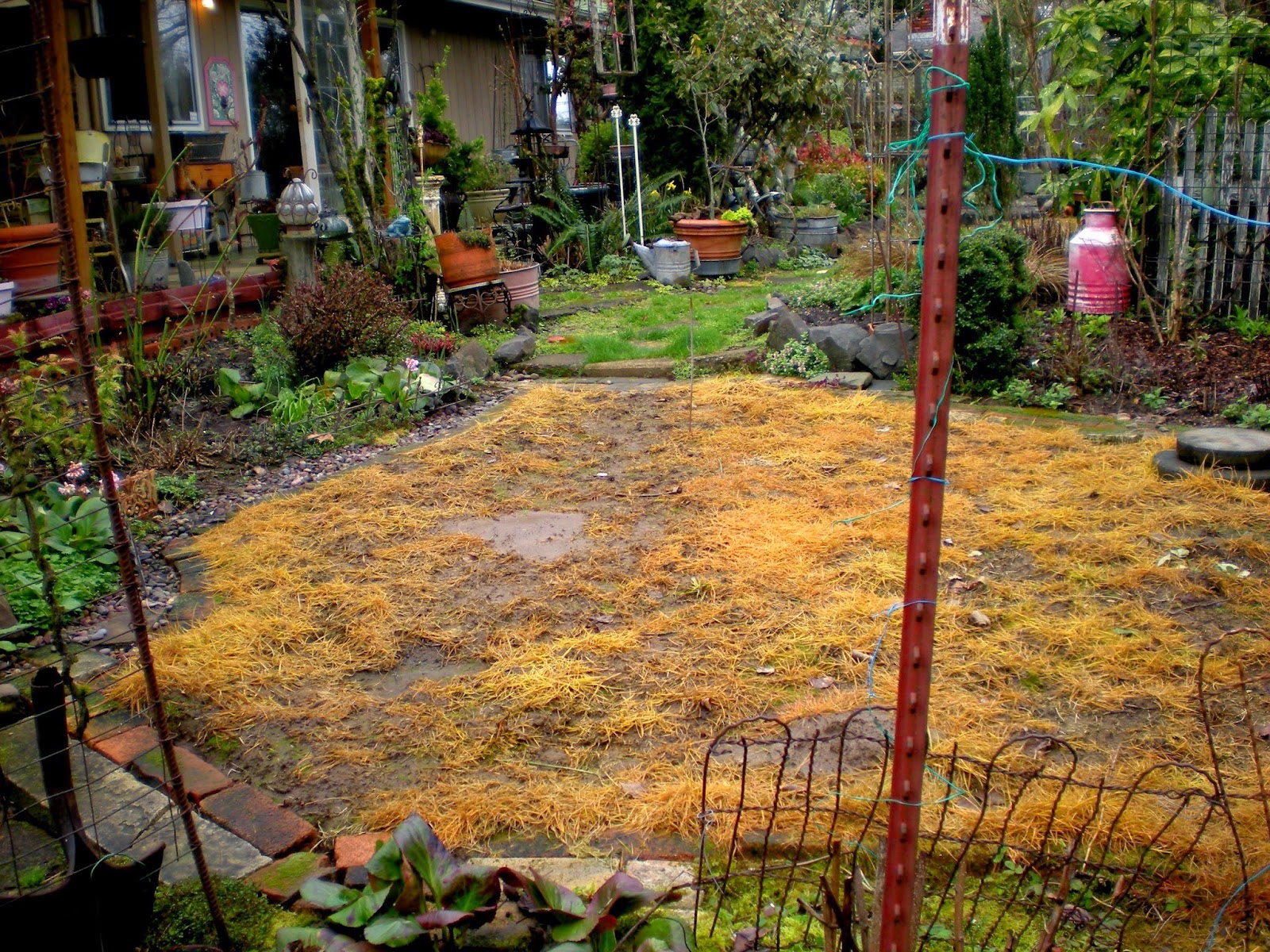 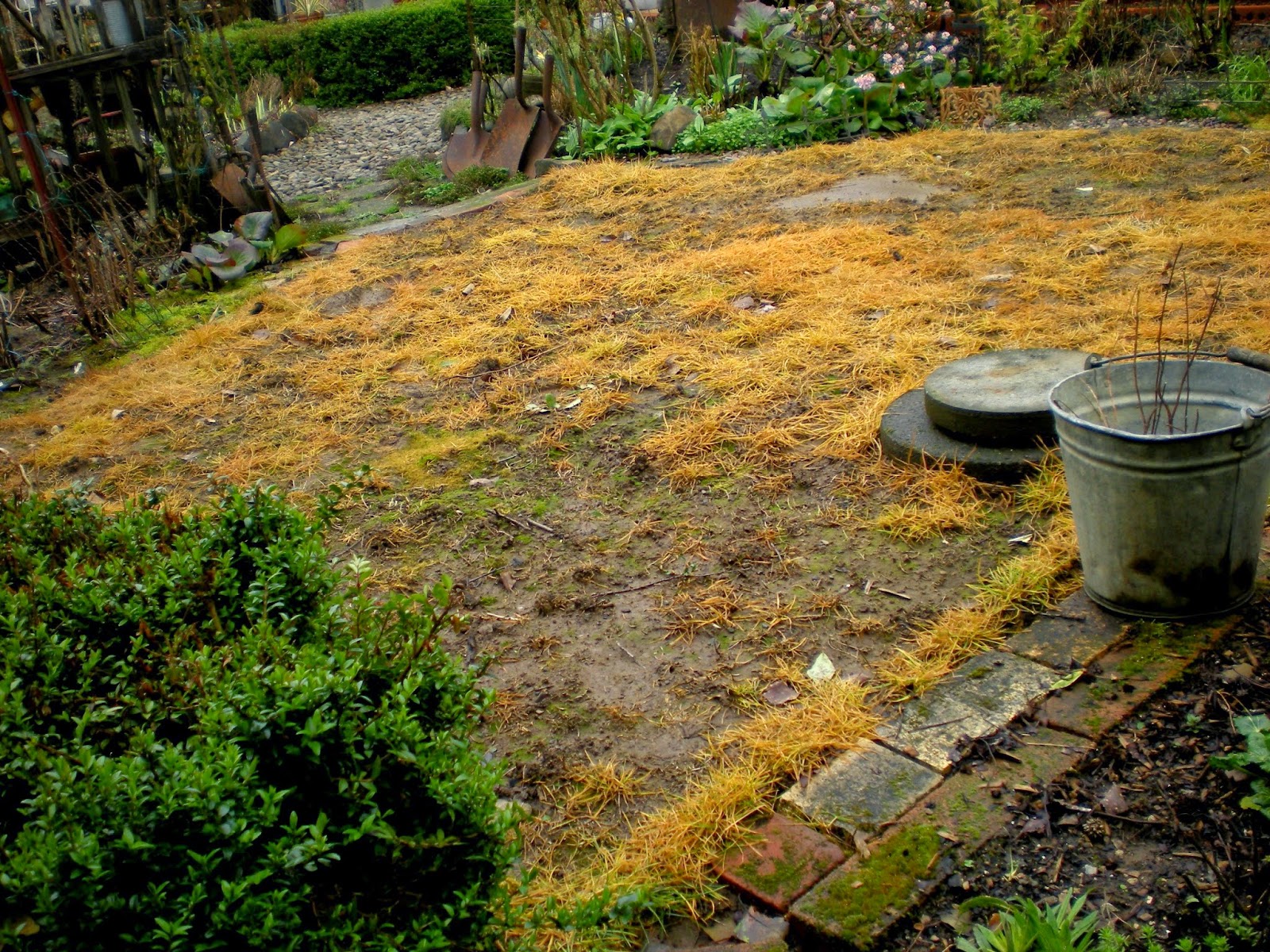 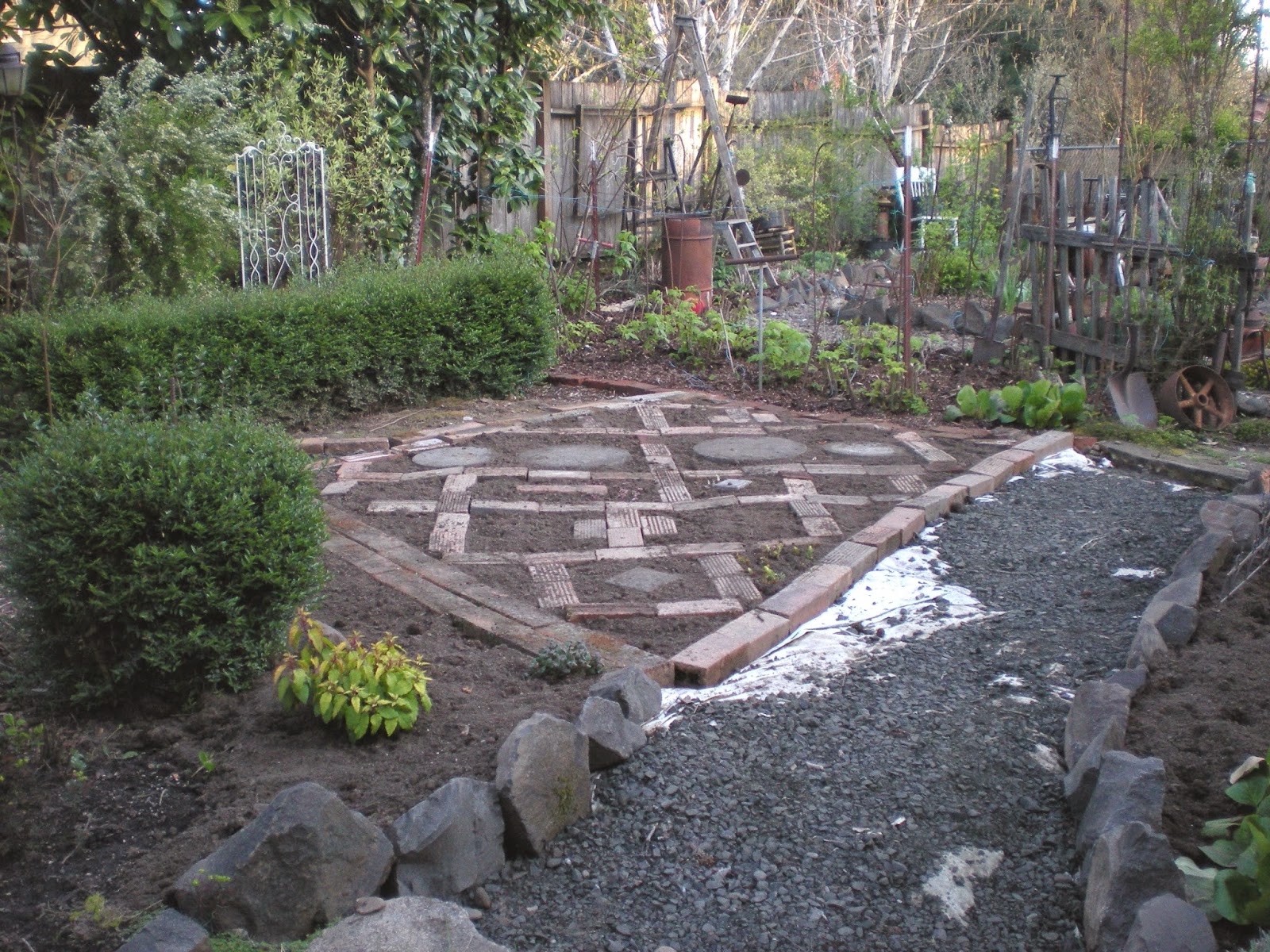 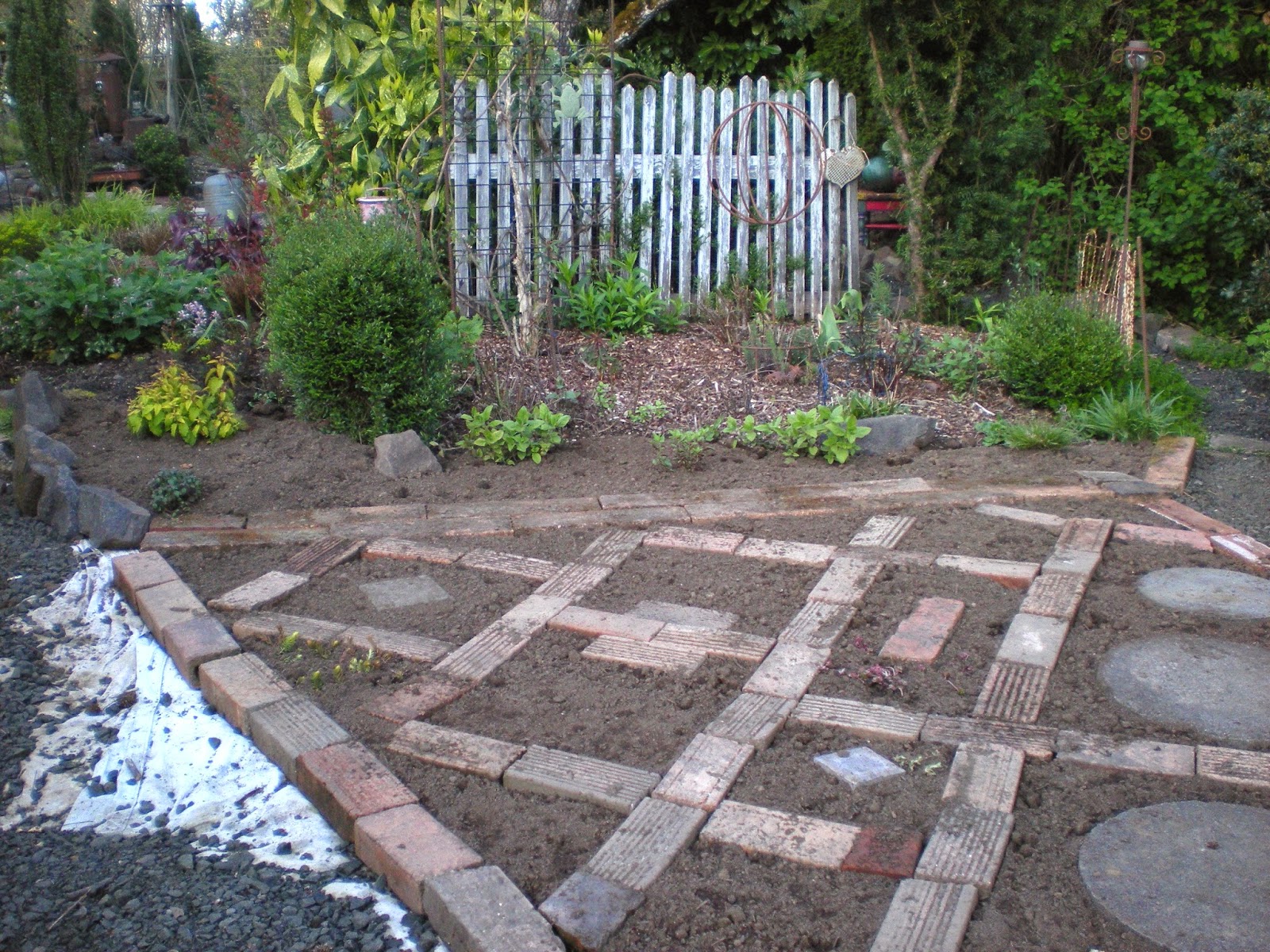 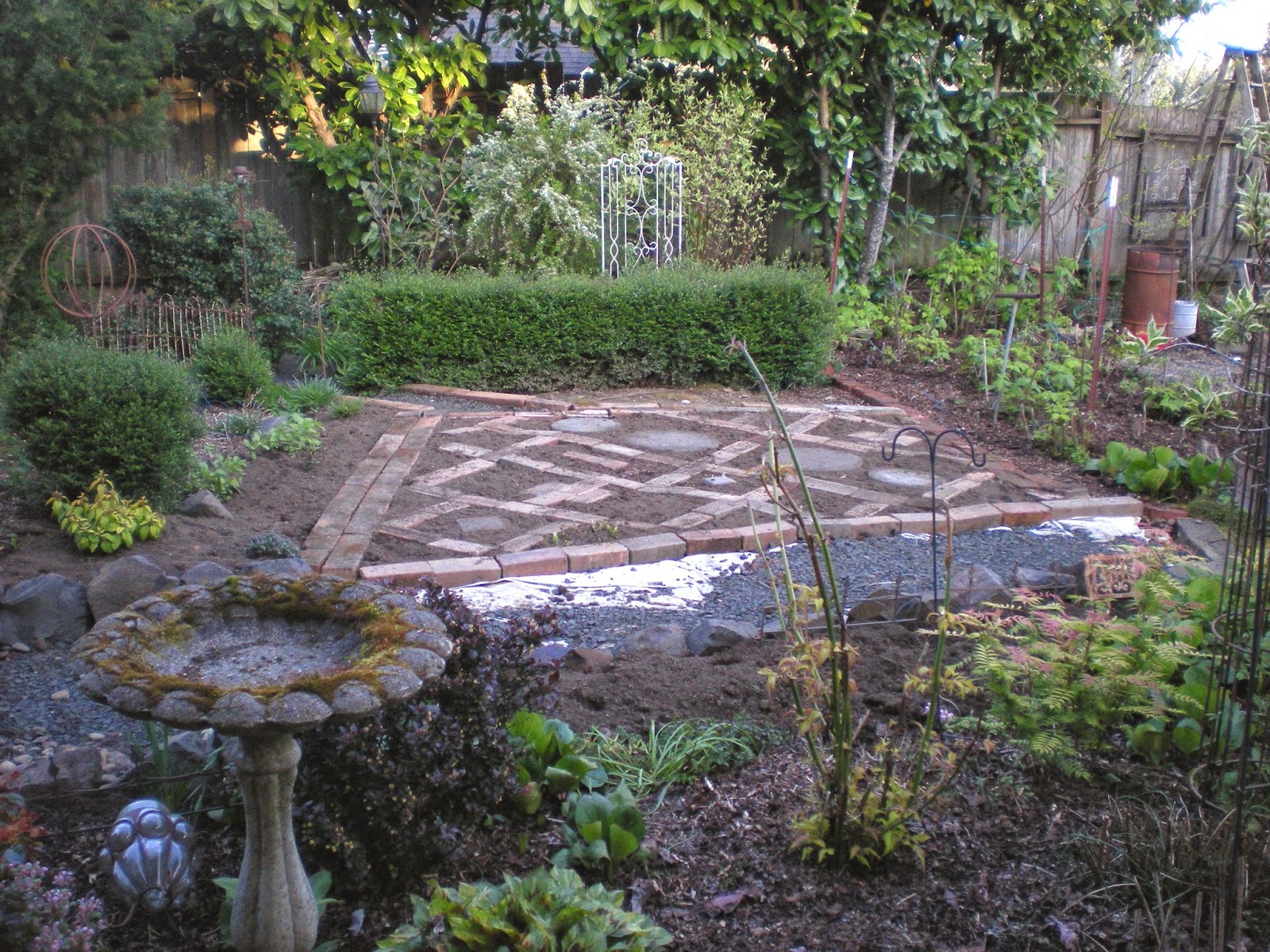 So there you have it.
It's a work in progress and won't ever be "finished" but you can be sure
that when it's getting close,
I'll have some other grand idea to try.
It's how I roll.