Back in February when I was in the thick of flower-starvation, I ordered bulbs. My intention was to have nice little clumps of hardy species gladiolus popping up randomly throughout my borders. Well, here it is, the middle of June and those glads, although diligently planted and tended to, are a no-show. Maybe later? Who knows?

But I was also enamored of these pretty things called Ixia. Lured by the photo on the Bulbs Direct website, I went ahead and purchased two, twenty-bulb packages of this one called 'Mabel.' When they arrived, I planted the little buggers, then forgot all about them.

Within a month, little green pointy things were popping up and getting taller. Then buds... then blossoms! Here's what they look like in my garden. 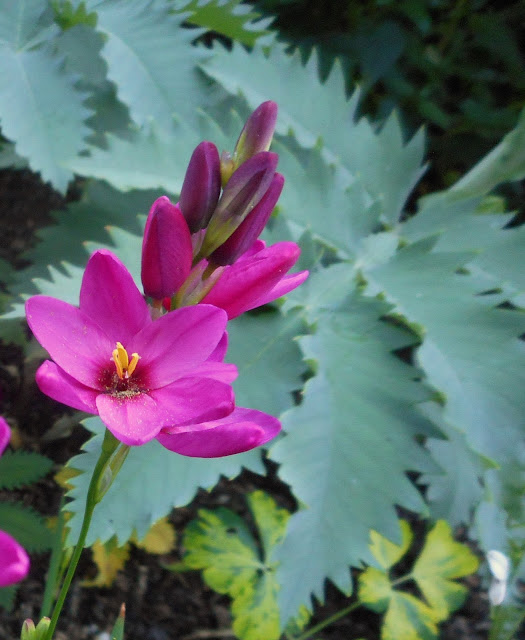 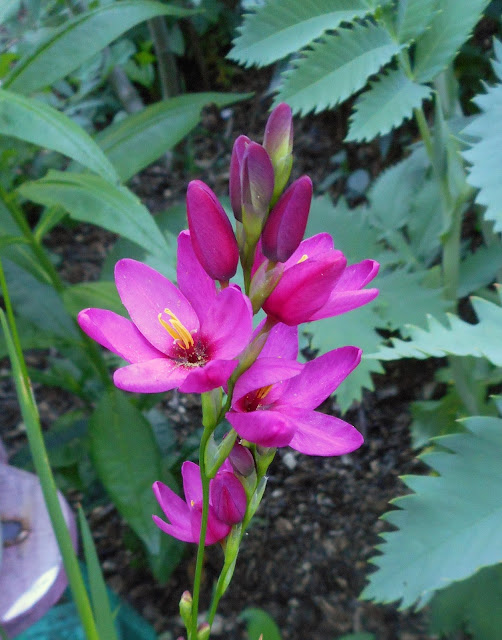 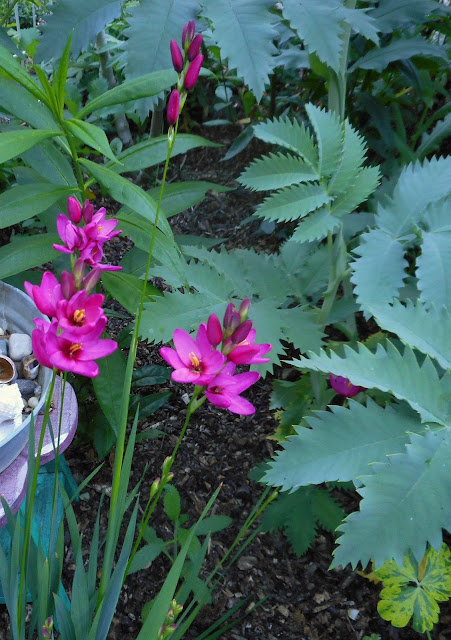 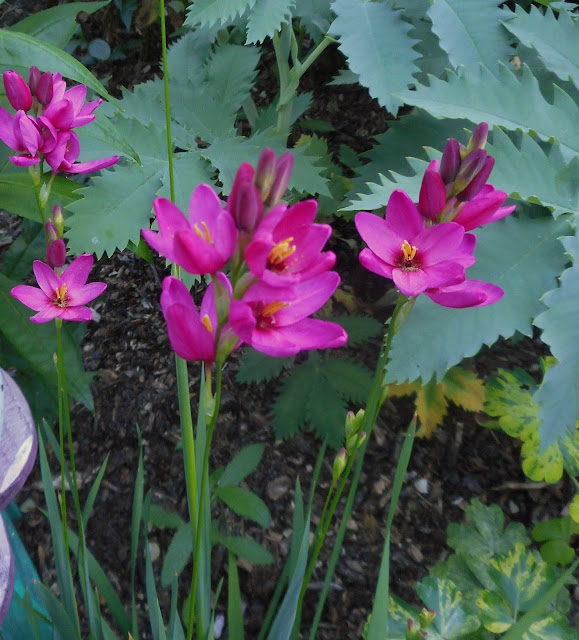 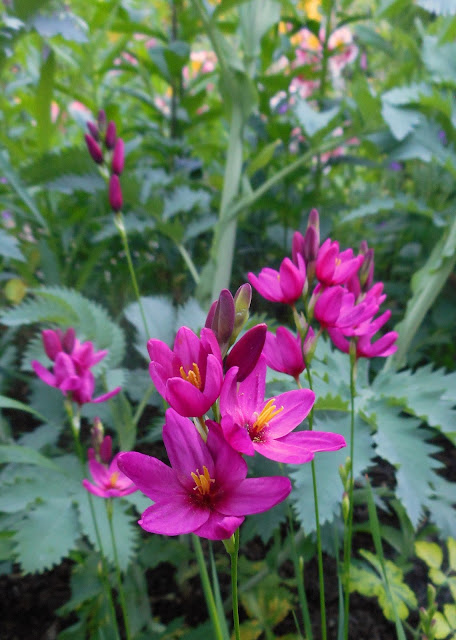 A few weeks after planting Ixia 'Mabel', I found a box of mixed colored Ixia at the Dollar Store so I grabbed them. Here is the only one that is blooming so far.

So, now that I've seen Ixia flowers with my own eyes, I'm wondering where they've been all my life. I'm completely sold. If the reluctant hardy glads make an appearance, I'll let you know. 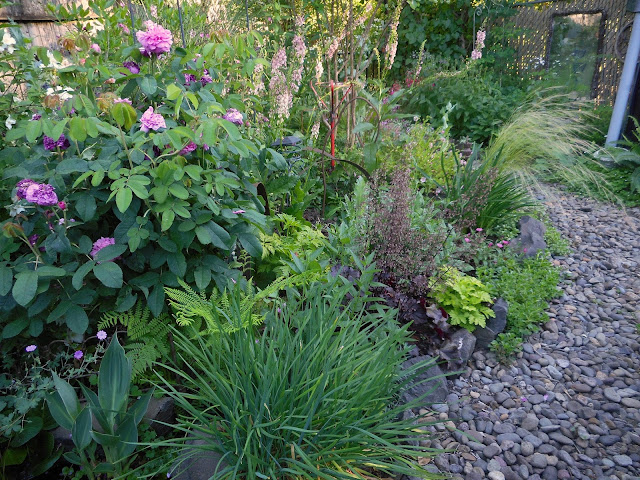 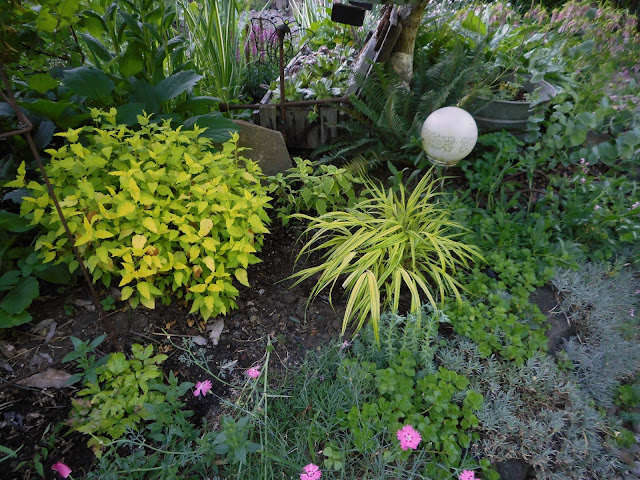 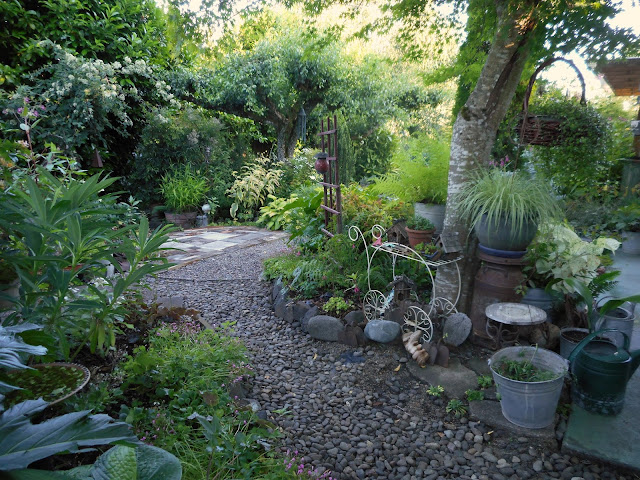 Look who has been visiting the garden for the past several days: 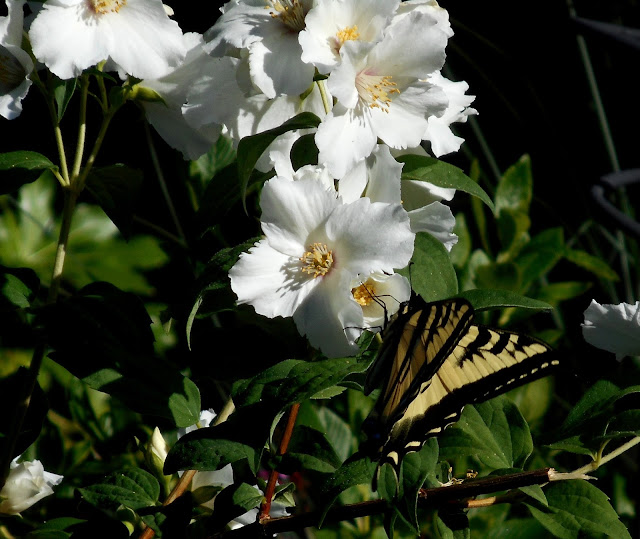 A few days ago, while I had my camera handy we had a cool fly-over--seven helicopters, in perfect formation. I wasn't sure if my photos would turn out but they did! 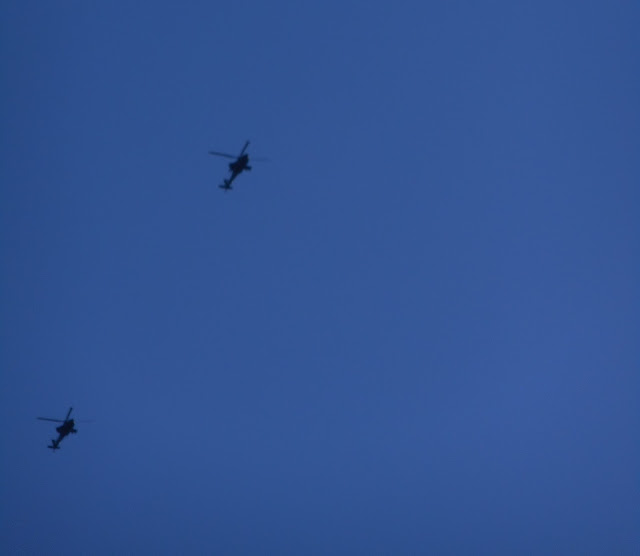 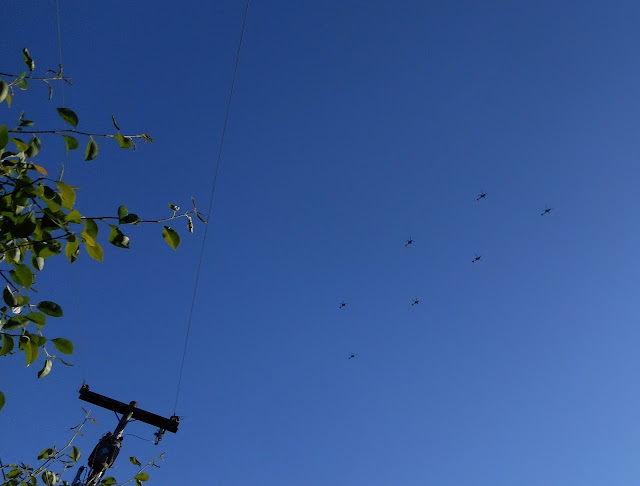 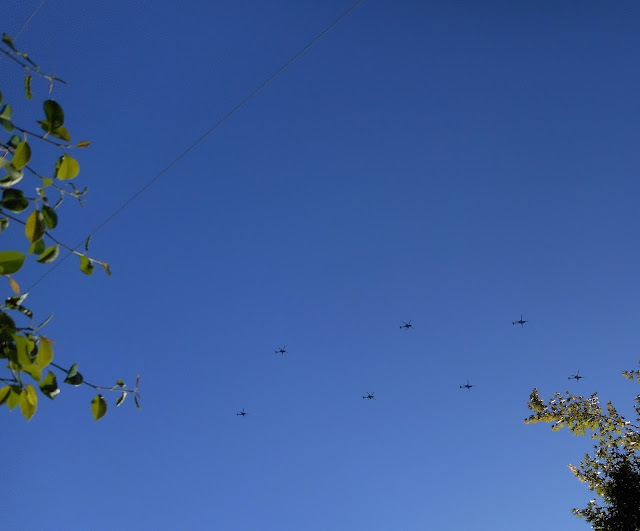 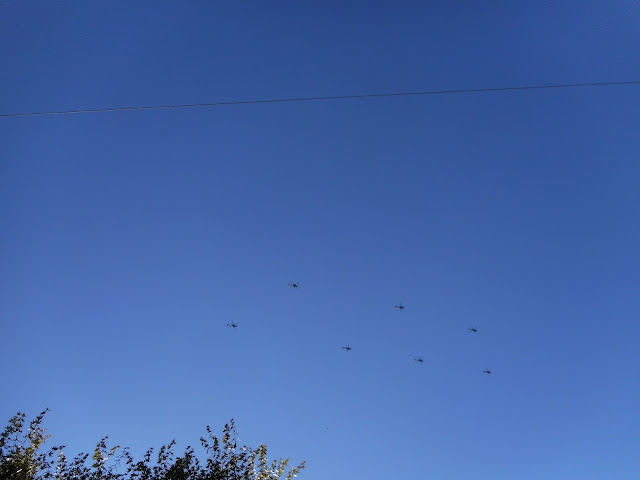 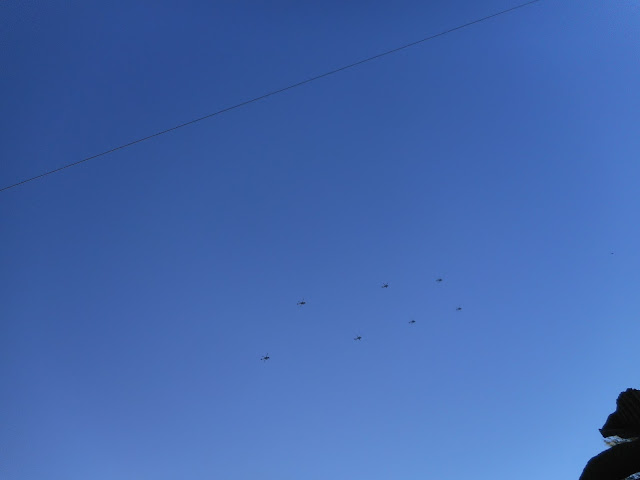 And finally, there is a song sparrow that has made its nest in the neighbor's bramble. In the evenings, s/he likes to sit right here and sing. It's adorable. 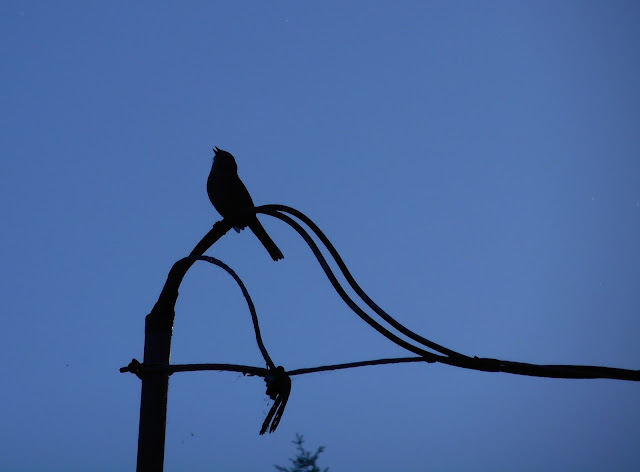