Plant of the Week: Tsuga (Hemlock)

It's this time of year when I appreciate conifers and broad leaf evergreens. My favorite conifer is the genus Tsuga, also known as Hemlock.

When we think of the Hemlock, we probably think of towering forest trees, right? For sure, Tsuga heterophylla, the Western Hemlock is one of the Pacific Northwest's most treasured conifers. In fact it is Washington State's state tree. You can read about the tree's attributes here.

I don't have many Hemlock photos but I took the one below while visiting Bosky Dell Native Plant Nursery last May. All of the the trees were at that perfect stage with the bright green new growth at the branch tips.

My garden is not big enough for a full sized Hemlock since they grow quickly and get up to 240 feet tall. But last year I bought a small tree anyway, just because. It's growing in a pot and eventually, if I don't decide to bonsai it, I'll probably give it to someone who has the space to set it free. For now, though, I'm going to love it right on my patio.

Below is what it looked like last spring when I got it from LeBeau Nursery through mail order from Plant Lust.

Here's a hint for you all. Small plants are cheaper. Buy small and save some bucks.

And here it is again now looking just as lovely as its towering relatives.  Almost. 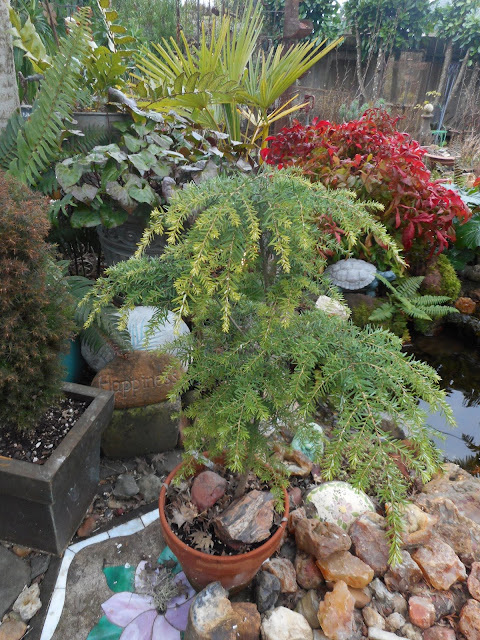 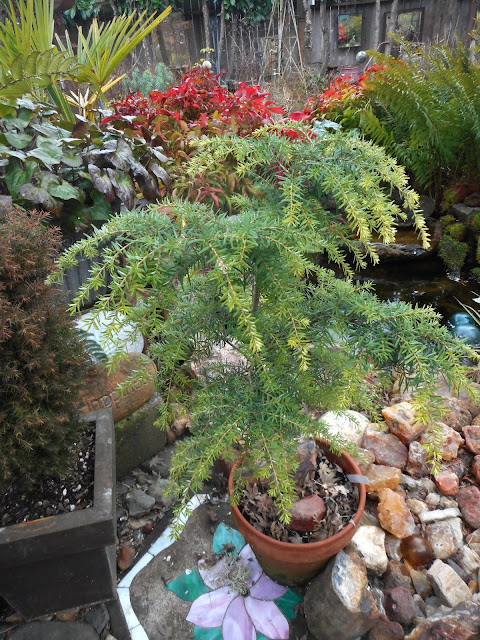 Here is a close up of the needles. Notice how they gradate to lighter green at the tips? I love this. 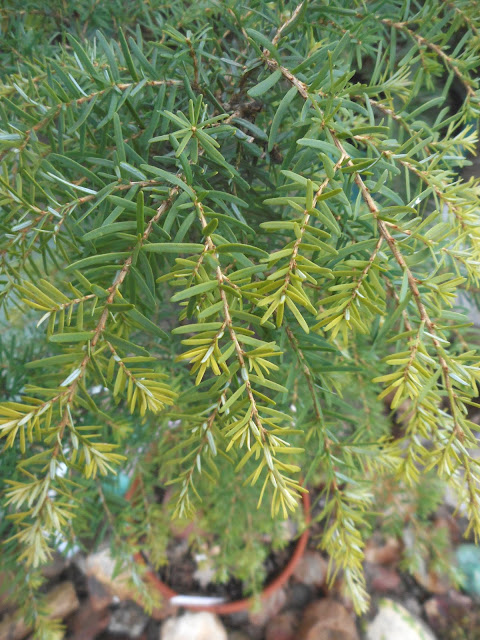 The little tree is not my only Hemlock. I have two more, both of which are what we call "Dwarf Conifers", meaning they won't tower at 240 feet.

Tsuga canandensis 'Jeddeloh' is a Canadian or Eastern Hemlock but it was discovered in Germany at  Jeddeloh Nursery. 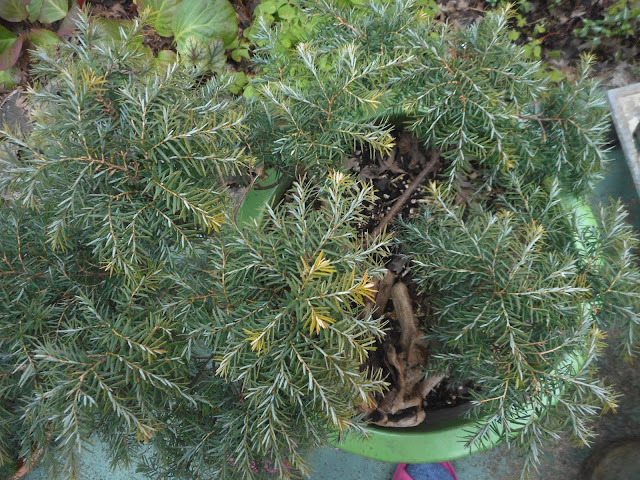 I bought Jeddeloh in 2018 when my sister and I stopped at Young's Nursery in Roseburg. (Oregon). I couldn't believe it when I saw the one gallon pot on the clearance rack for cheap!


It had a few issues but I cut off the dead stuff, loosened the tight root ball and planted it in fresh soil. 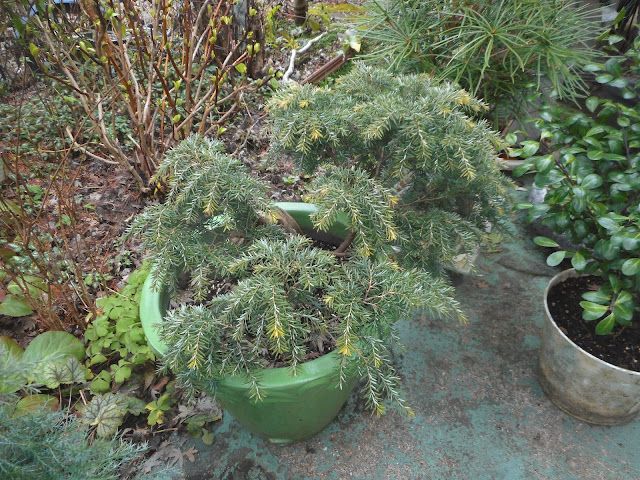 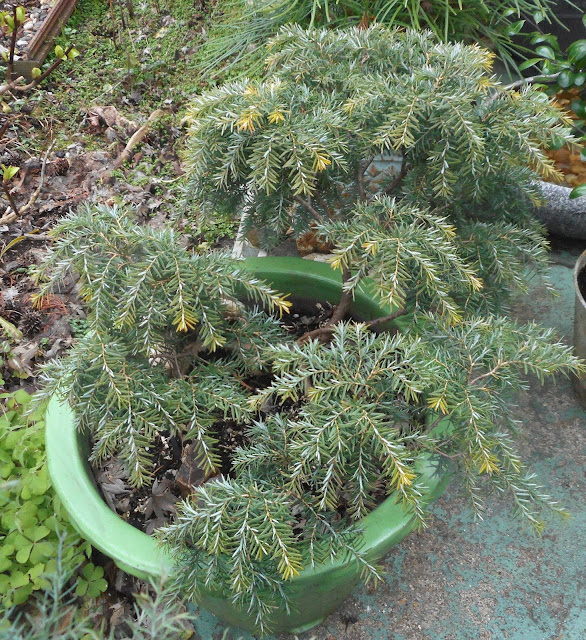 It has grown fast. I think I'll keep it trimmed to allow the inner branches to be exposed, kind of a quasi-bonsai.

Going even farther back to 2016, my Hemlock fixation was temporarily sated with this beauty. Tsuga canadensis 'Gentsch White'.

I bought Gentsch at Rocky Mountain Nursery in Independence (Oregon). If you're familiar with this nursery, you know they sell mostly the usual plant suspects but at really good prices, i.e., wholesale but open to the public. 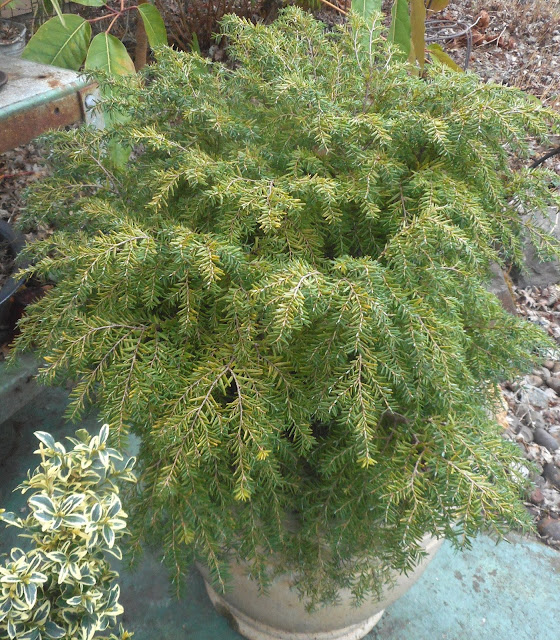 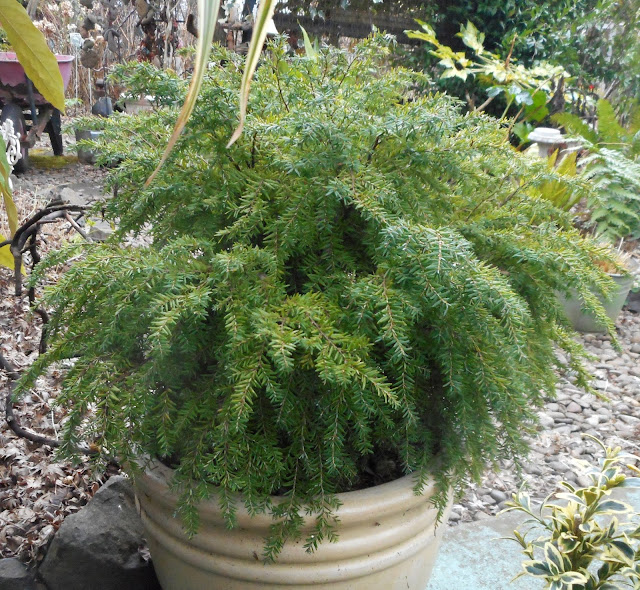 Since Hemlocks are woodland wonders, I am doing my best to mimic nature by growing them on my patio in the shade of a tall Japanese maple. I water them frequently during the heat of summer. Other than that, they are carefree plants.

Who knows, I might find another goodie this year! I'll let you know.

Do you have a favorite conifer?